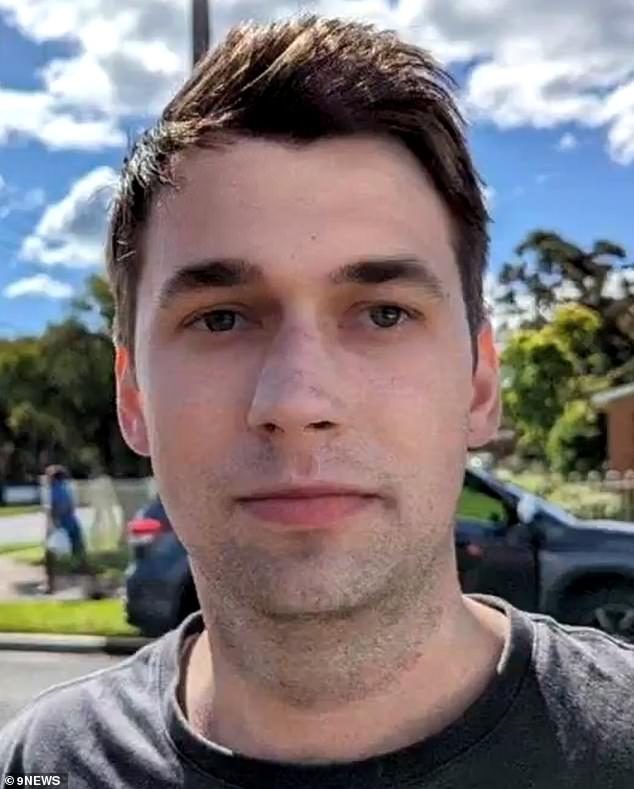 A rookie police officer reportedly drove into a parent and son while almost five times over the legal drinking limit, then stumbled around a suburban street.

After probationary constable Krystian Iwauns, 25, ran into him in Ashcroft, southwest of Sydney, on Wednesday afternoon, traumatized father Rabeh claimed he believed he was “going to die.”

The father and his young boy were traveling home from school when Iwauns slammed into Rabeh’s Hilux pickup with his Honda car, causing the two vehicles to smash into a nearby fence.

Iwauns was seen on camera by witnesses of the collision wobbling along the street and looked unsteady after exiting his automobile.

Witness The police officer, who had just completed the police school four months before, was allegedly unaware of what had occurred, according to Troy Stutchbury.

He was clueless as to what was happening. He was just going around in circles,’ he said.

In the midst of the terrifying collision, Rabeh said he believed he was “going to die.”

He told Nine News that he had never seen his kid look that pale.

Although they weren’t critically hurt in the collision, Rabeh and his kid were still sent to Liverpool Hospital for a precautionary check.

Investigators also discovered empty cans and bottles of high-alcohol cider, beer, and a cask of wine all over the backseat of Iwauns’s vehicle.

After that, he was brought to Liverpool Police Station, where a breath test allegedly revealed a value of 0.243.

She said on Thursday that “His work status will be evaluated today.”

She said there was a “lower standard for probationary constables,” but she couldn’t fire individuals right away.

I have to serve him with paperwork, and then he has an opportunity to reply, but I can start the process now and plan to do so before the court case is scheduled.

On December 14, Iwauns is scheduled to appear at Liverpool Local Court on a high-range drunk driving offence.