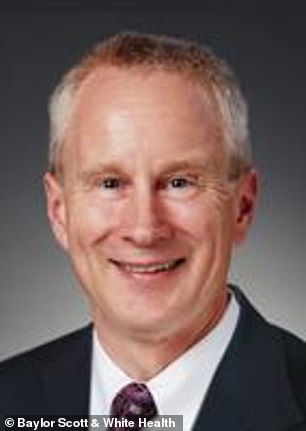 Two physicians who had their Twitter accounts suspended due to disinformation about the Covid-19 virus have had their accounts restored.

Dr. Robert Malone, a researcher on mRNA vaccines, and Dr. Peter McCullough, a cardiologist, both had their profiles activated as Twitter owner Elon Musk continues to work to reinstate banned accounts.

On Tuesday, Malone tweeted “I’m back” before promoting his most recent blog entry, “Welcome to Fifth Gen (Information) Warfare),” which included inaccurate information on the Covid-19 vaccine in the opening paragraph.

Following others who were previously barred from the site, such as former president Donald Trump, Jordan Peterson, Rep. Marjorie Taylor Greene, comic Kathy Griffin, and influencer Andrew Tate, they have now returned.

Musk, who has been dubbed a “free speech absolutist,” has moved to lift prohibitions on accounts that, according to detractors of the previous Twitter board, targeted conservative speakers like Trump and Greene.

According to Musk’s detractors, certain accounts were blocked for a reason, and allowing them to rejoin Twitter would worsen the situation. On the other hand, experts advise Musk to be cautious of scaring off advertisers from the network.

Malone has often made unfounded claims about the efficacy of coronavirus vaccinations. His early work centered on mRNA technology.

After Twitter flagged some of his postings as deceptive, including one on December 29, 2021, in which he published a video that falsely claimed Pfizer immunizations for Covid did “more damage than good,” Twitter terminated his account in January.

In a similar spirit, Malone was posting many times per day.

Although vaccinations have consistently been demonstrated to help prevent symptomatic infections and lower severity, he also claimed last year on Steve Bannon’s podcast that Pfizer and Moderna may make Covid-19 infections worse.

Speaking to Joe Rogan the day following his suspension, he said he assumed it was either for a post on his Substack blog or a link to a website associated with the World Economic Forum. Twitter did not identify which of his contributions to the platform broke its rules at the time of his removal.

He admitted to The Epoch Times that despite Twitter sending him many notifications about his tweets and explicitly labeling them as false information, no further action had been taken against him.

Malone sent the outlet a copy of Twitter’s notification explaining the reason his account was suspended.

Specifically, for: Breaking our prohibition on disseminating false information about COVID-19 that might be damaging. You are not allowed to use Twitter’s services to spread harmful incorrect or misleading information regarding COVID-19.

Also having his account restored was McCullough, an American cardiologist who served as vice head of internal medicine at Baylor University Medical Center.

McCullough, like Malone, has helped distribute false information about Covid-19, however it is unknown when his account was blocked. Weeks before Elon Musk’s takeover, on October 6, this year, he still looked to be blogging.

On Joe Rogan’s show, McCullough also had a conversation that ended up becoming one of the most popular episodes ever.

McCullough made many untrue statements when speaking before a Texas Senate committee, including that those under the age of 50 and those who have already contracted Covid do not need the vaccination and that there is no proof of asymptomatic transmission. Both assertions have been refuted.

Additionally, he made the unfounded allegation that a significant number of deaths had been linked to the Covid-19 vaccination, which is another well-known conspiracy idea.

Following Twitter’s dissolution of its Trust and Safety Council, a group of over 100 independent civil rights, human rights, and other groups founded in 2016 to address problematic conduct, news of the two accounts’ reinstatement emerged.

According to a number of its members, the council was supposed to meet with Twitter personnel on Monday night, but just before the meeting was to begin, Twitter told the group via email that it was dissolving it.

Elon Musk, the new owner, made this last action in response to threats made against Yoel Roth, the previous head of trust and safety at the firm, who was forced to leave his house when Musk presented his theory.

Following the publication of the so-called “Twitter Files,” a series of disclosures concerning the platform’s moderation, Roth has come under criticism.

The former Trust and Safety Manager has come to represent the problems with Twitter’s post censorship, according to detractors.

There were allegations that the social media network was working with the authorities after hearing about his alleged interactions with the FBI.

Conservative writers Matt Taibbi and Bari Weiss have recently shared snippets of Musk’s interactions as part of what Musk has dubbed the “Twitter Files”; the fifth installment was released on Monday.

According to the most recent information, Twitter banned Donald Trump permanently two days after the Capitol riots on January 6, when staff members likened him to Adolf Hitler and a terrorist commander, even though senior staff said he didn’t break any rules.

Journalist Bari Weiss published private communications that revealed several employees of the social media network were worried about the consequences of excluding Trump, including claims of censorship.

Trump did not break any rules, and it would be difficult to establish that he incited violence, according to staff members tasked with reviewing his tweets.

But when Twitter’s Head of Policy claimed that Trump’s reference to “American Patriots” in a tweet from January 8 may be “coded” as a “incitement of violence,” workers asking for the account to be blocked won the day.

Even while tyrants like Iran’s Ayatollah who explicitly advocated for violence and death were permitted to remain, his account was removed—until Elon Musk seized control.

Recently, Musk has actively courted controversy. Musk said on Twitter over the weekend, “My pronouns are Prosecute/Fauci.” He received a swift reprimand, and Fauci said on Monday that his safety is now in danger more than ever.

In a news conference on Monday, White House press secretary Karine Jean-Pierre referred to Musks’ statement as “destructive” and “disgusting.”

Musk was also made fun of when he was welcomed with boos as a surprise guest at a Dave Chappelle comedy show in San Francisco.

The wealthy businessman was mainly quiet on stage and seemed shell-shocked by the angry response in the city where Twitter is headquartered.