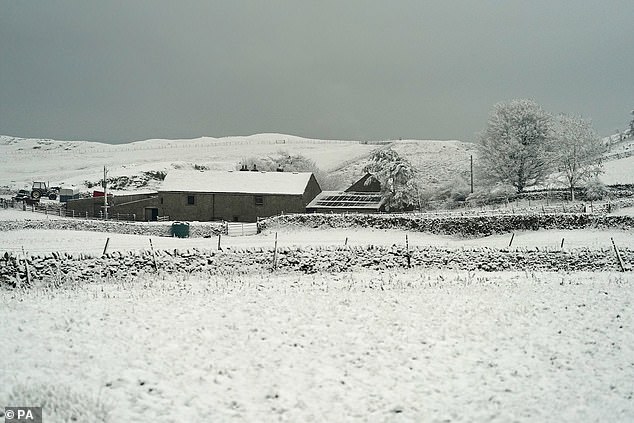 Wherever possible, drivers are asked to stay off the roads as mushy snow turns to ice and creates dangerous conditions.

Due to the cold weather expected over the next several days, many local roads will grow worse before they get better.

According to The Times, the number of individuals phoning the AA for guidance after an accident over the weekend has increased by 135% compared to the same period last year.

“Motorists should take particular caution throughout the next day as driving conditions in many areas of the nation will be dangerous with ice,” warned AA spokesperson Jack Cousens.

While clearing many of the smaller suburban and rural roads will not be a priority, key roads and highways will.

“Motorists should prepare in advance and decide if their trip is necessary before later in the week when the temperature increases and the snow melts,” the statement reads.

Local governments would be making every effort, he said, but “inevitably, smaller roads are at the bottom of the pecking order.”

According to Edmund King, president of the AA, ice might be more hazardous than snow because of its reduced visibility.

Frequently, after snowfall, a little amount of it evaporates before freezing over night. You cannot see the ice in the morning. Black ice is just invisible,’ he told The Telegraph.

He said, “It creates a false feeling of security.” It certainly kills quietly.

As temperatures dropped to -15.7C in Aberdeenshire on Sunday night, the nation experienced the coldest nights of the year so far.

According to the RAC, there were an estimated eight breakdowns every minute after the coldest night of the year caused a 50% increase in call outs.

After temperatures plunged on Sunday night, the business said that it had attended to 9,000 breakdowns by 5 o’clock.

In southern England, hundreds of schools were closed due to heavy snowfall, and many students were handed electronic homework.

Due to a countrywide scarcity of HGV drivers, councils are reportedly hiring agency drivers to run snowplows and ice gritters. According to the Local Government Association, local governments have 1.4 million tonnes of salt in storage for use on roads this winter.

Heavy snowfall in Hertfordshire caused HGVs to jackknife and stranded vehicles to block the M25.

According to National Highways, up to 25 gritters were working on the M25 at once on Sunday night, applying 960 tonnes of salt and more than 180,000 liters of antifreeze to the road’s surface.

On Sunday night, Heathrow Airport cancelled more than 300 flights, and EasyJet said it was “doing everything necessary to minimize disturbance for our customers.”

There will be a wave of rail sector strikes in the coming days from RMT and other unions, raising concerns that this may force commuters onto risky roads.

“We’re expecting difficult road conditions to persist throughout Tuesday after a significant refreeze overnight,” RAC spokesperson Rod Dennis said. Those who must travel on more remote roads that haven’t been grated must use extreme caution, put off, or even cancel their plans.

As Brits get ready for chaos around Christmas, employees of the Royal Mail, nurses, paramedics, train workers, and Border Force will all hold walkouts over their employment, wages, and working conditions this month.

December is being referred to as the “new winter of discontent,” with actions being taken by paramedics, luggage handlers, bus drivers, and employees of the environment agency.

Oliver Dowden, Chancellor of the Duchy of Lancaster, urged unions to end the “damaging” strikes.

However, the administration is being encouraged to pay attention to the needs of the workforce, bargain with unions, and reach a decision that would stop the unrest.

We’re sure to see a lot of preventable road incidents as additional ice accumulates.