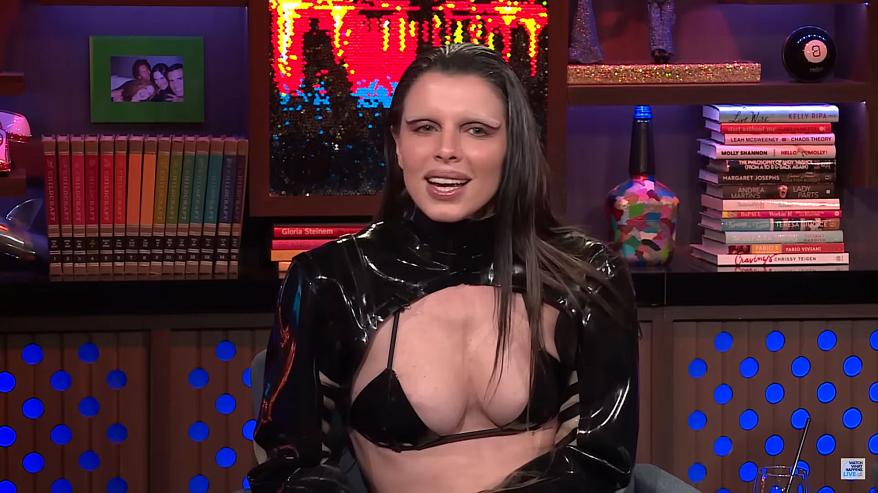 The “Uncut Gems” star appeared on Wednesday’s “Watch What Happens Live” and revealed some dating secrets — as well as the expensive gifts she’s gotten.

When asked by host Andy Cohen about the finest date she’s ever had with another celebrity, Fox, 32, recalled a private jet journey when she “cuddled” with someone who subsequently presented her “some Chanel bags,” but she “really, really can’t say” who it was.

Later in the live broadcast, Cohen stated that many Twitter followers assumed the A-list gentleman was Drake, to which Fox answered with a heavy sigh and a cheeky “maybe.”

“[You] shouldn’t have given me that shot,” she said nervously.

The “God’s Plan” singer, 36, appears to have wooed Fox in 2020, following the end of her engagement with Peter Artemiev, with whom she has a 1-year-old son Valentino.

Page Six exclusively claimed at the time that Drake surreptitiously took Fox out in NYC before flying her to his hometown of Toronto and gave her two Hermès Birkin bags — less than a year before Kanye West famously did the same during his own much-publicized whirlwind romance with the actress.

While Drake has given several individuals Chanel bags and reportedly keeps a collection of Hermès Birkin bags for his “future wife,” Fox claimed that she is “too terrified” to carry the rare purses West gave her for her birthday after hers was sliced with a machete.

»Drake might have gifted Julia Fox Chanel bags while date«