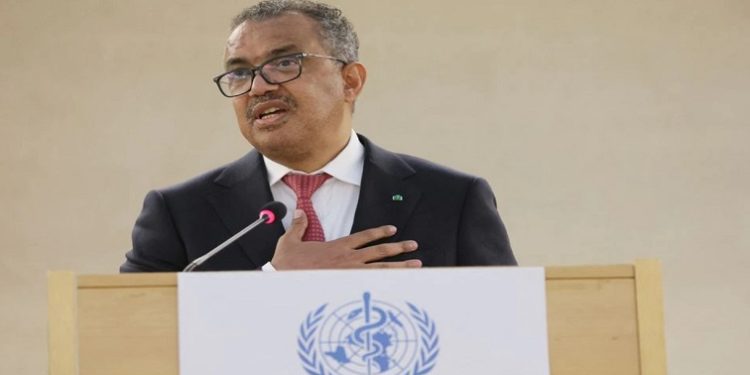 Member states to the World Health Organisation (WHO) have re-elected Dr Tedros Adhanom Ghebreyesus to a second five-year term.

Germany’s Health Minister tweeted that the incumbent received 155 out of 160 votes from the World Health Assembly but could not be independently verified.

Dr Tedros was named the sole candidate for the position when nominations were concluded in October last year, all but ensuring that the first African to lead the global health body would do so for a second term when his first expired in August this year.

Dr Tedros was first elected to the position in 2017 and Wednesday’s election was a culmination of a process that began in April 2021 when Member States were invited to submit proposals for candidates for the post of DG.

The WHO Executive Board in January this year formally nominated him to stand for a second term.

His confirmation comes despite Ethiopia declining to nominate Dr Tedros, who is Tigrayan, for a second term due to tensions in the country’s northern regions.

He has also in large part been the face of the global COVID-19 response making him a household name internationally.

In February, Dr Tedros was honored with a Special Ubuntu Humanitarian Award in Cape Town during the 6th Ubuntu Awards Ceremony.

The Department of International Relations and Cooperation was recognising South African industry leaders, eminent persons and ordinary citizens for their distinguished service and contribution toward promoting the country’s national interests and values across the world.

More details in the report below: