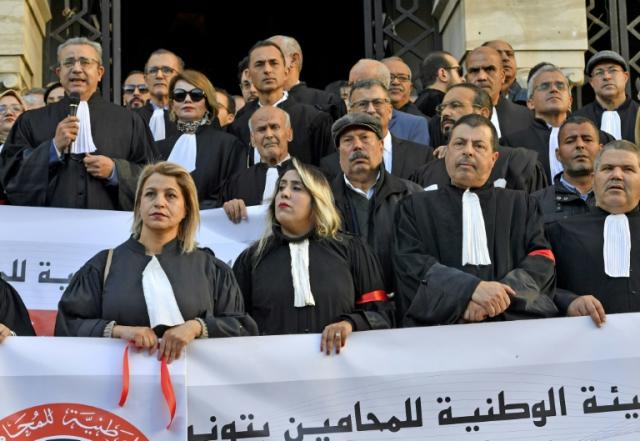 Dozens of Tunisian lawyers marched on Thursday against newly imposed fees on legal services, which are part of a budget for 2023 that intends to enhance state income.

In anticipation of an international bailout, the budget unveiled this week increases taxes in order to lower the North African nation’s deficit to about five percent of GDP.

Included in the plans is an increase from 13 to 19 percent in the tax rate on legal fees.

According to the Bar Association, its 9,200 members will only be accountable for the new, higher rate if their customers actually pay it in addition to their costs.

It has also been emphasised that persons from disadvantaged backgrounds who seek legal services would be most negatively affected by the levy.

In a speech, Mziou warned that the new legislation “would further impoverish citizens.”

Moreover, he emphasised that Tunisian lawyers “will not remain silent in the face of attacks on rights and liberties.

In November, inflation in the United Kingdom falls to 10.7%.

An attorney representing a group of judges dismissed by Saied indicated earlier this week that he is the target of an investigation.

In July 2021, Saied staged a coup d’état, dissolving the government and freezing parliament. He then proceeded to gain control of the courts and pushed through a custom constitution to strengthen his grip on the executive branch.

The economic crisis in Tunisia has resulted in periodic shortages of essential goods and escalating prices.

Wednesday evening, according to a statement released by Saied’s office, Saied reminded Interior Minister Taoufik Charfeddine that “freedom does not entail disorder and scheming against the state.”

Without mentioning any specific people, he accused “some individuals backed by well-known lobbying groups” of “violating the law and jeopardizing national security.”