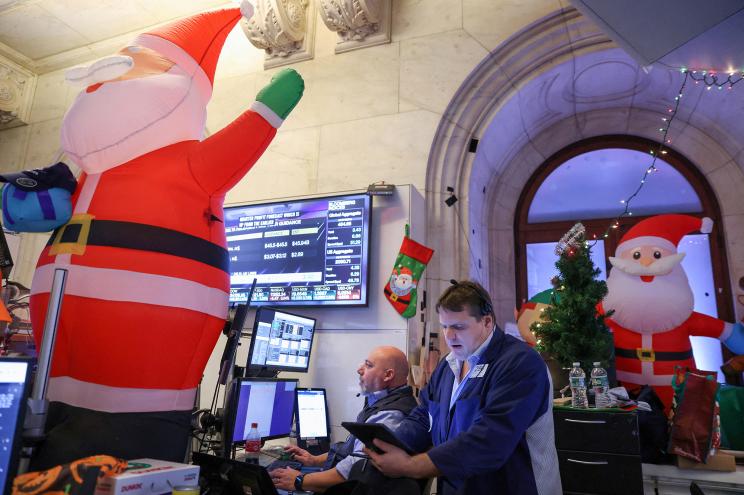 The US consumer confidence rose in December as prices declined and the labor market remained robust, while inflation predictions for the next 12 months decreased to 6.7%, the lowest level since September of previous year.

Nike climbed 13.7% after announcing its greatest quarterly revenue rise in more than a decade, excluding one quarter, and beating profit estimates on the back of robust holiday demand from North American consumers.

Nike’s competitors Lululemon Athletica, Under Armour, and Vans footwear manufacturer VF all increased by between 1.3% to 2.8%.

FedEx, which triggered a market selloff in September after withdrawing financial estimates, gained 4% on the delivery company’s pledges to reduce expenses by an additional $1 billion.

“Most people believe we are headed for a recession, but when Nike and FedEx report great earnings, it might pave the path for higher (stock) prices next year,” said Adam Sarhan, CEO of New York’s 50 Park Investments.

“The underlying conditions continue to be very weak, and it appears that this is really a seasonal uptick until the end of the year.”

In contrast, existing house sales in the United States fell 7.7% to a two-and-a-half-year low in November, as higher mortgage rates continue to affect the housing market.

Fears of a recession have weighed hard on markets since the US central bank’s policy meeting last week, despite evidence of decelerating inflation.

Nonetheless, the benchmark S&P 500 and Dow Jones Industrial Average were poised for their first quarterly gains of the year, climbing 7.2% and 15.4%, respectively, on the strength of encouraging profits, easing pricing pressures, and expectations that the Federal Reserve may reduce its rate hikes.

Other expected data on core inflation and the labor market throughout the week will likely determine the Fed’s future interest rate rises.

Following a rumor that the electric-vehicle manufacturer intends to reduce employment and halt hiring, Tesla’s stock closed up 1.2%, a day after Elon Musk indicated he will stand down as Twitter CEO once he finds a replacement.

This week, before to the Christmas and New Year’s holidays, market participation is predicted to be low, resulting in a fall in market volume.