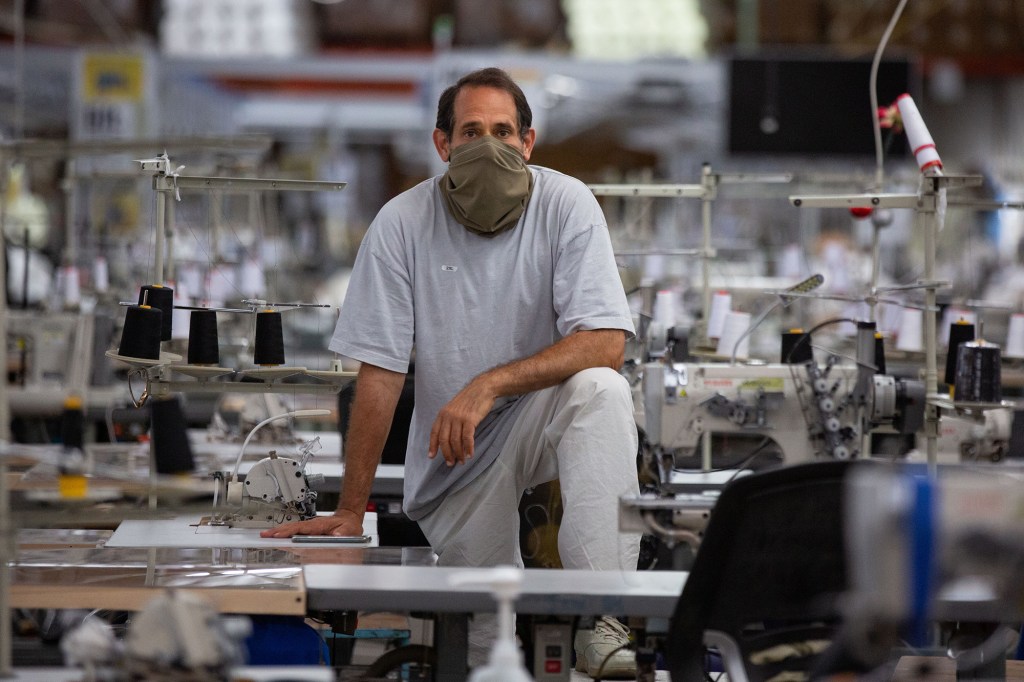 The Post has discovered that Dov Charney’s former attorney prevailed against a hedge fund over the rights to the American Apparel founder’s Los Angeles property and may be positioned to reap the money from a bankruptcy sale.

In March, Charney, who started the hipster apparel brand in 1989 but lost control of it in 2014 due to mounting debt and legal issues, filed for personal bankruptcy. According to a source close to the matter, Charney has decided to vacate his 20-room mansion in the Silver Lake region of Los Angeles as part of his restructuring plan.

The hilltop estate where Charney currently resides and operates his current firm, Los Angeles Apparel, is listed on Zillow as being in pre-foreclosure with an estimated worth of $8.4 million. According to Wikipedia, the home is on the National Register of Historic Places and was constructed of concrete to withstand earthquakes.

A bankruptcy court in Los Angeles will hear arguments on December 1 over whether to approve Charney’s proposal, which also requires him to relinquish his Costa Mesa, California-based apparel firm Arya’s Vintage Closet.

Charney transferred the house’s deed of trust to his then-attorney Keith Fink in 2015, some months after hedge fund Standard General sued him for American Apparel’s bankruptcy. At the time, Charney reportedly owing Fink money for unpaid legal services. Standard General sued Fink, alleging that the transfer was fraudulent.

Judge Maurice Leiter of the California Superior Court rejected Standard General’s complaint on November 18, stating that the residence was so “underwater” with debt at the time of the transfer that it could not be considered a sale to cover legal fees.

In 2015, Charney transferred the house’s trust deed to his then-attorney Keith Fink.

“As we warned the court at the outset of this case in 2018, Standard General’s allegations against Keith Fink were doomed from the start,” Fink attorney Olaf Muller told The Post. “We plan to pursue the entire amount of attorneys’ fees, costs, and fines from Standard General and its lawyers for initiating and litigating meritless claims against Fink over the past four years.”

According to sources, Standard General CEO Soo Kim, who, as previously reported by The Post, has been attempting to make Charney’s life miserable, will likely appeal the ruling.

Kim’s firm is also anticipated to object to Charney’s bankruptcy plan, alleging that Charney filed it to avoid repaying $20 million that the hedge fund loaned to Charney in 2014, when he was facing sexual misconduct allegations. This claim, which has been upheld by the courts, has subsequently swelled to $40 million, according to sources.

If the court approves Charney’s bankruptcy plan, the house will be foreclosed and Fink’s claim will have priority over Standard General’s, according to sources. The trust that owns Los Angeles Apparel is not included in the proposed bankruptcy.

Kanye West claims that he commissioned LA Apparel to produce his “White Lives Matter” T-shirts this year, but Charney refused to sell them due to West’s anti-Semitic tweets.

The current attorneys for Charney did not return calls.