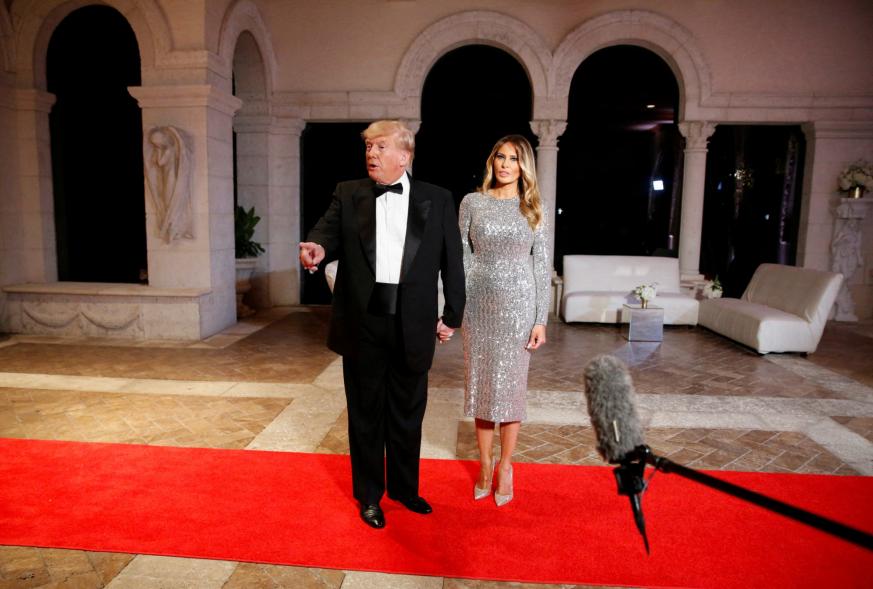 It appears that Donald Trump is still the most sought-after DJ at Mar-a-Lago.

We reported exclusively that the former president DJed his own Halloween party at his club in Palm Beach, Florida, using an iPad to play “The Phantom of the Opera” and 1980s favorites.

Spy reports that DJ Donnie T was back “working his iPad” at the club last week, playing songs such as “My Heart Will Go On” by Céline Dion from “Titanic.”

Trump observers will note that the former “Celebrity Apprentice” star has been a fan of the French-Canadian chanteuse for a long time: It was discovered that photographs of the diva were seized during the FBI raid on Trump’s residence in August.

He apparently also wanted Dion to perform at his inauguration, but his request was denied.

This time, back on the virtual “wheels of steel” at Mar-a-Lago, we’re told that Trump played Broadway music and Bruce Springsteen in addition to Dion recordings.

According to our source, despite rumors that Trump has been keeping a low profile on his home territory, Trump “is not hiding. He is located in the middle of the room. He is at the club with his followers.”