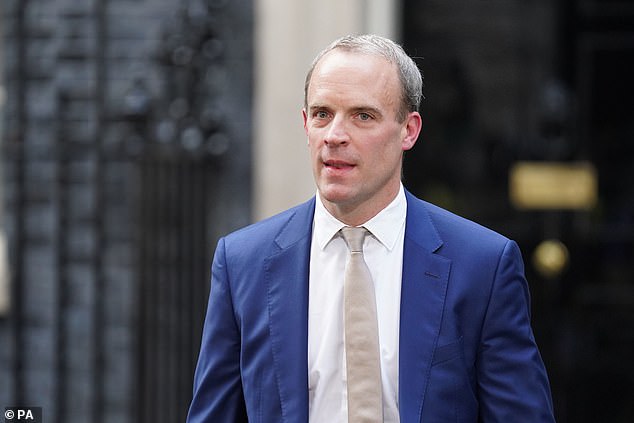 Dominic Raab has requested that Rishi Sunak initiate an independent probe into claims of bullying made against him.

The Deputy Prime Minister and Justice Secretary has written to Mr. Sunak requesting an investigation, saying that he has never “tolerated bullying.”

He emphasized that he will remain in his positions during the probe.

Dominic Raab (pictured) has requested that Rishi Sunak initiate an independent investigation into claims of bullying leveled against him.

Mr. Raab emphasized that he will remain in his positions during the probe.

He tweeted, “I eagerly anticipate resolving these allegations and continuing to serve as Deputy Prime Minister, Justice Secretary, and Lord Chancellor.”

The decision follows days of questioning and claims regarding his behavior toward junior colleagues.

Mr. Raab wrote in a letter to the Prime Minister, “When you took No. 10 Downing Street on October 25, you correctly asserted that “this government will have integrity, professionalism, and responsibility at all levels.”

“I have just been informed that two formal complaints have been lodged against me from my time as foreign secretary and my initial tenure as Justice Secretary, which concluded in September of this year.

“I am writing to request that you immediately conduct an independent investigation into the allegations. I will totally cooperate and respect any decision you make.