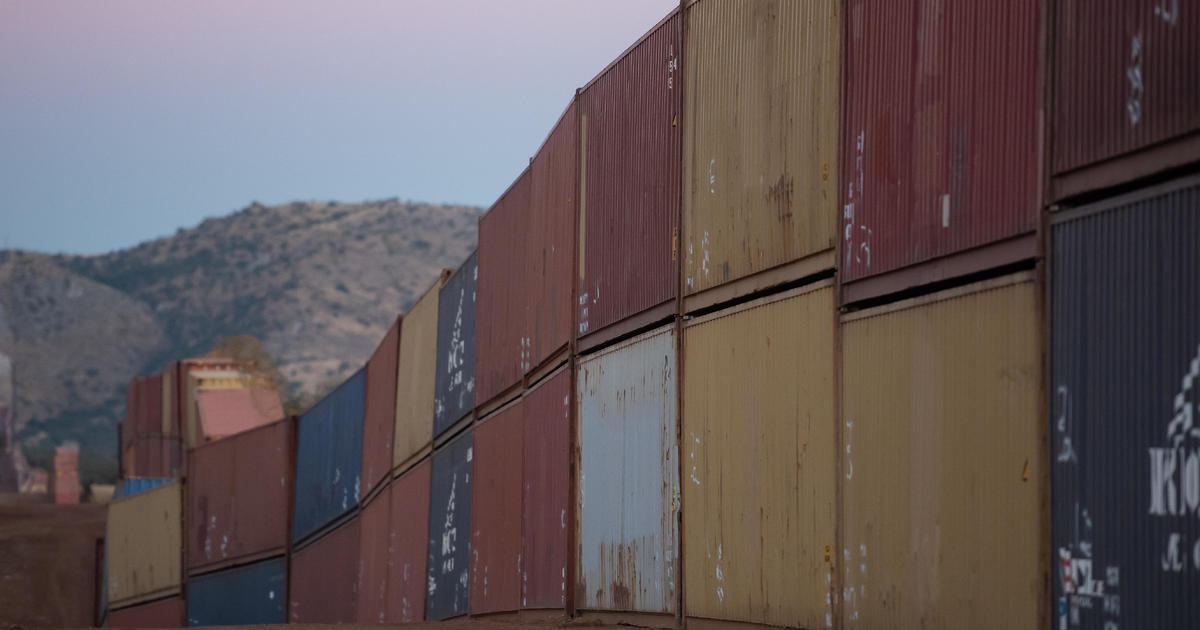 The Justice Department has filed a lawsuit against the state of Arizona and its top officials over the installation of hundreds of double-stacked shipping containers along the state’s border with Mexico, escalating the battle between Arizona’s Republican governor, Doug Ducey, and the Biden administration over border enforcement.

The lawsuit, filed in U.S. District Court in Arizona, says that the state, acting pursuant to an executive order from Ducey, trespassed on federally owned and managed property without obtaining the necessary permits or approvals. Federal prosecutors contended that the multi-ton shipping containers harm federal lands, endanger public safety, and hamper the capacity of federal law enforcement to carry out their duties.

The Justice Department is asking the court to require Arizona to remove the containers from the remote San Rafael Valley in Cochise County and to declare that Governor Ducey’s executive order is unconstitutional.

In his final weeks in office, Governor Ducey issued an executive order in August instructing the state’s Department of Emergency and Military Affairs to “quickly” repair the border wall. His plan called for the fortification of the state’s border with Mexico with 60 double-stacked shipping containers topped with concertina wire. His office reports that the state-owned containers are 22 feet tall, weigh 8,800 pounds each, and are bolted and welded shut.

The federal government told Arizona officials they were trespassing on federal grounds and breaking federal law by illegally placing the containers, but the state continued with the barrier’s development.

Late in the month of October, Governor Ducey filed his own lawsuit against Department of Agriculture officials, asking the court to determine that the state has the constitutional authority to “halt the imminent threat of criminal and humanitarian catastrophes at the Arizona border.” The Justice Department requests that the lawsuit be dismissed.

According to a lawsuit filed by the Justice Department on December 8, hundreds of containers have been placed along the border on National Forest System lands for approximately four miles, and the state has cleared vegetation from at least two staging areas on National Forest System lands as part of the work. According to prosecutors, the majority of the containers are within the Roosevelt Reservation, a 60-foot sliver of property along the U.S.-Mexico border.

Ducey is at war with the Forest System and Bureau of Reclamation regarding who has jurisdiction over the Roosevelt Reservation.

In a Tuesday letter to the Justice Department in response to its intention to take legal action, Ducey’s office asserted that prosecutors made “unfounded or inaccurate claims” in the notice and that “the number one public safety risk and environmental harm has resulted from the federal government’s failure to secure our border.”

“Arizona’s border barrier was always intended to be a temporary measure until the federal government erected a permanent solution,” Ducey’s general counsel Anni Foster wrote, noting that building has paused. “Arizona and contractors are ready to assist with the removal of the barriers, but the federal government owes it to Arizonans and all Americans to give a timeframe for when construction will begin and specifics on how the border will be secured during construction.”

The U.S. government and environmental organizations have voiced opposition to Ducey’s decision, stating that the containers could endanger wildlife and impair natural water systems. Wednesday, the Center for Biological Diversity announced its intention to file a lawsuit against the governor’s office and a state contractor for allegedly breaching federal law by obstructing streams and washes along the southern border with shipping containers.

“Ducey’s disgraceful political stunt will starve the remaining free-flowing river in the Southwest of water, further endangering one of Arizona’s crown jewels and an international birding paradise,” said Robin Silver, cofounder of the institute.

Activists protesting the installation also halted work and intend to remain on the site until Governor-elect Katie Hobbs assumes office next month.

Ducey is scheduled to leave office in the coming weeks, and Hobbs, who will be sworn in on January 5, has stated that she will halt container placement.

“It is a political ploy. It is a visible barrier that does not provide an effective barrier to access, and I believe it is a waste of public funds “She stated, as reported by KJZZ.

Hobbs also stated that the containers do not prevent migrants from entering the United States, citing images of individuals climbing over them.

The issue between Governor Ducey and the Biden administration arises as Republicans have urged the White House to enhance its efforts to handle border security in light of the dramatic surge in the number of migrants entering at the border. During fiscal year 2022, which concluded on September 30th, U.S. border agents apprehended a record-breaking 2,3 million migrants.