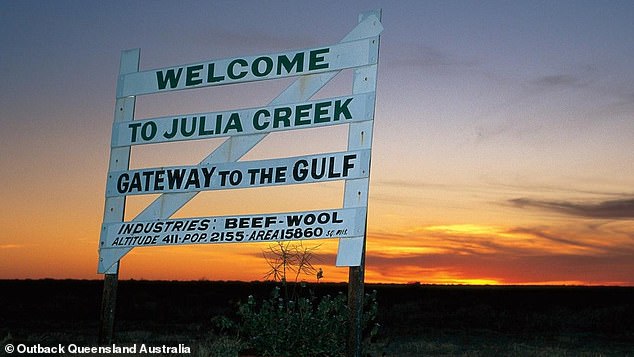 Despite offering a $500,000 salary and a home, a remote community is still unable to get a general practitioner, according to a doctor who criticized the people for their inquisitiveness.

Scottish-born Dr. Michael Mrozinski was alluding to the town of Julia Creek in remote Queensland, which provides a basic pay of between $400,000 and $514,000 for its employees.

The North West Hospital and Health Service will pay the chosen candidate’s salary, but the community council is also pitching in by providing a brand-new four-bedroom house rent free and a commitment to assist the GP’s spouse in finding employment.

Dr. Mrozinski said that the severe isolation of Julia Creek, which has a population of little over 500 people and is located 600 kilometers west of Townsville, was the main issue.

“Perhaps physicians don’t actually give a damn about money,”

He said that a doctor’s life included much more than just their income.

Perhaps by the time they reach this point and complete their rural generalist training, it will have been 12 years since they received their diploma, he speculated.

“They could be married, have a few children, live in a nice home, and have a solid social network…

Why would they want to relocate all of it to a distant location without anyone?

When he pleaded with people to realize that physicians were human, Dr. Mrozinski’s annoyance with people’s expectations was evident in the film.

According to him, people “seem to assume that physicians shouldn’t actually have a life and should simply work 24/7.”

He stated it was precisely what a doctor would be doing in a position like the one in Julia Creek, which was telling.

Dr. Mrozinski said he often works in rural Australia but that he has to take a break after three or four weeks to recuperate from the strain.

“It’s not simple. I don’t sit around all day; I work hard at the clinic during the day, and at night, I cover the emergency room,’ he added.

He said that, on at least two times every week, he would have to work through the night, and that it was quite unlikely that someone else would step in to work the next day shift.

Dr. Mrozinski read over and responded to comments left on a news article about the Julia Creek project.

The recommendation that Australia “identify local folks and educate them as physicians” was read out by him.

He said, “They do.” They send these young people to urban institutions where they end up finding partners, forming families, and remaining. Can you really blame them?

Another commenter agreed with the physicians, stating that they were forced to “work on call 24/7 with no schools for kids, no employment for spouses” in remote locations.

I can only work away for a limited length of time since it might be a really lonely existence.

Since we are human people and not machines, we need the same things as everyone else.

One commentator suggested that Australia should hire more foreign medical professionals, particularly those who may otherwise practice in developing nations, to work in rural regions.

He said, “How moral is it to send physicians from other nations, from third-world countries, to Australia to work in our rural areas?”

The doctor concentrated on the unique challenges of being the sole doctor in a small community.

‘It’s 24/7. You could get a call at any moment. You might have several traumas, horrific things, a car accident for which you are responsible, he added.

No breaks and no support,

He addressed a reader who claimed, “You don’t become a doctor because you want to assist people,” in his last response. I’m aware that you must be compensated, but for now, that’s all that matters.

“It isn’t. There is a 500k offer, but no one is accepting it. How are you supposed to miss that? He clapped back, “There’s more to life than money.”