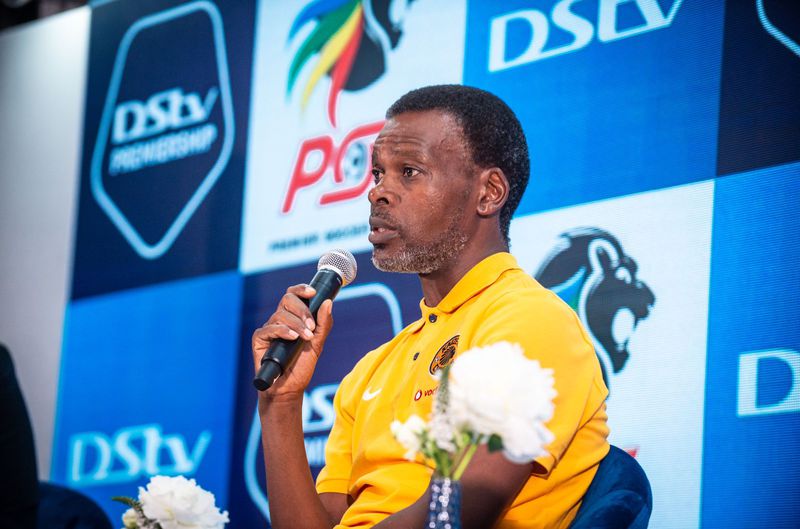 Saturday’s match between Chiefs and Mamelodi Sundowns was a close one, but eventually resulted in a frustrating 1-0 loss for Chiefs, who failed to capitalize on numerous scoring opportunities.

Chiefs are currently sixth in the DStv Premiership, 22 log points behind the dominant Mamelodi Sundowns. Although Chiefs have a game in hand over The Brazilians, the points differential illustrates how far Amakhosi appear to be from winning a desperately needed championship.

Concerning the Chiefs’ recruitment policies, there have been questions and criticism, and some skeptics have questioned the quality of the current generation of players.

After his most recent loss, Zwane has addressed the issue.

“Quality is the players on your squad that understand the system, are individually gifted, and can easily integrate into a team of the caliber of the Kaizer Chiefs. Consequently, there is undoubtedly quality. The difficulties will arise when attempting to get the system running; we have been unlucky this season.”

Zwane remarked that it should be noted that they were missing a number of key players over the weekend.

Christian Saile Basomboli, a 22-year-old left-footed striker from the Democratic Republic of the Congo, lands at Naturena after signing a three-and-a-half-year contract with the Glamour Boys. The addition of Basomboli has added to the excitement around Chiefs’ next season.

The youngster’s qualities, as well as what he brings with his left-footed skills, are expected to thrill Amakhosi supporters. As a result of a recent injury scare involving Bonfils-Caleb Bimenyimana, who has been carrying a great deal of burden on his shoulders, the Chiefs’ relative lack of strike-power depth has been revealed. The addition of this player will assist address this issue.

Zwane remarked after Saturday’s encounter, “We expect Christian to come in and hit the ground running, but we don’t want to put him under undue pressure.” “Many other players are capable of assuming this [scoring] task.

“This is why I say it’s all about hitting the mark. It’s not that we never reach the last third. I would be quite concerned if we weren’t providing opportunities. How many times in the second half did we get into the final third or within six metres, where you’d expect the player to poke the ball, but they didn’t? We require some composure.”

»Do the Chiefs’ players have enough talent? Zwane provides his response«