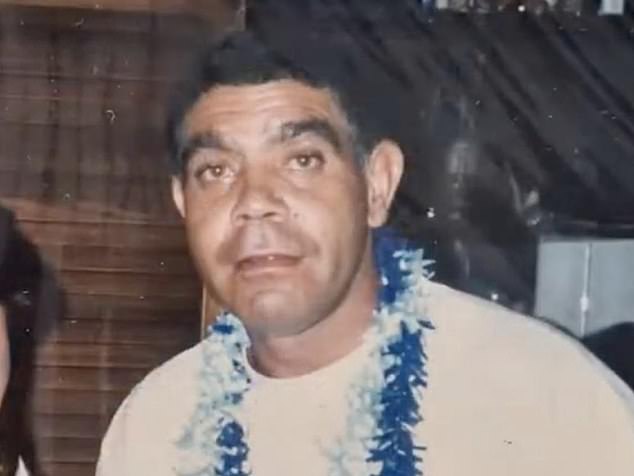 Nine months after his death, the name of a serial rapist who terrorized women in Sydney, Australia, for decades was identified using DNA technology.

Grandfather Keith Simms, called the ‘Beast of Bondi’ for his horrible crimes, was linked to a dozen documented incidences of sexual assault and is suspected in at least 19 other horrendous acts between 1985 and 2001.

His heinous crimes all occurred in the eastern Sydney areas near Bondi beach and followed a similar modus operandi.

Simms would assault vulnerable women and girls by breaking into their houses in the middle of the night or early in the morning while armed with a knife and wearing a balaclava.

He would place his palm on their lips, threaten to murder them with his knife, and then engage in sexual assault.

On other times, he would also target ladies strolling alone in secluded regions.

His victims include 13-year-old defenseless girls and 55-year-old women.

The identity of Simms, however, comes nine months too late to bring him to justice, since he died of renal disease at age 66 in February.

Keith Simms (shown) has been connected by DNA to a dozen sexual assaults. Since 1985, he is also accused of committing at least 19 other heinous crimes.

Unfortunately, the identification of Simms (pictured) comes nine months too late to bring him to justice, as he died of renal disease at age 66 in February.

Detective Acting Inspector Shelley Johns, who helped crack the case, stated that even the most seasoned investigators are shocked by Simms’ blatant and cruel attacks.

She told the Sydney Morning Herald, “I’ve never seen an inquiry with this many offenses and as many different types of offenses as this one.”

This is a woman’s greatest nightmare: waking up in the middle of the night to find a masked guy with a knife looming over her.

Over the years, New South Wales Police conducted over thirty investigations to determine who was responsible for the reign of terror.

In 2016, a significant breakthrough occurred when DNA samples from rape sites, some reaching back forty years, were traced to a male relative of Simms.

Investigators were therefore able to construct a “family tree” of 324 guys, knowing that one of them had to be the Beast of Bondi, also known as “The Centennial Park Rapist” and “The Tracksuit Rapist.”

Because no two persons have the same DNA, we were able to return to this one individual.

Although detectives were dismayed to learn it was too late to bring Simms to justice, Doherty said they still wanted victims to know they were positive it was Simms because ‘women going down the street are still thinking, ‘Is that him?’

Simms (pictured) would assault vulnerable women and girls by coming into their houses in the middle of the night or early in the morning while armed with a knife and wearing a mask.

On other instances, he would also target ladies wandering alone in remote regions.

Jennifer, age 69, described the moment she was notified this month that the guy who raped her in her house in 1987 had been identified.

“I broke down in tears,” she stated. It was quite emotional. There is no need to forgive and forget. Because I will never forget, she declared.

And I will likely never forgive him for altering my and everyone else’s lives. Who gives him the authority?’

Another victim called Jay, who was barely 16 years old when she was viciously raped and became pregnant while strolling on Bondi Beach, expressed’relief’ upon learning he had died.

“Good, he can no longer harm anyone else. I’m not typically a cruel person, yet I want for his suffering.

Detective Superintendent Doherty informed the Daily Telegraph of the situation.

The example of Simms demonstrates that it is crucial for victims to come forward immediately to preserve physical evidence, even if they are unable to face a court case at the time, because their evidence may subsequently aid police investigations.

The authorities suspect Simms may have attacked many more individuals (pictured)

Some of Simms’ victims were international backpackers visiting the Bondi region.

The police contacted all of the women in Australia and abroad who had reported being attacked by Simms to inform them of his identification.

The police suspect that Simms may have assaulted many more people who did not come forward at the time, most likely because they were traveling or did not want to endure the anguish of the legal system.

Simms’ family, including his three children and five grandkids, is also aware of his astonishing double existence.

Those who knew Simms, a former National Parks and Wildlife employee and golf club employee, cannot comprehend how he did such crimes, according to detectives.

He had never been in trouble with the authorities for severe offenses and had never struggled with mental illness, substance abuse, or alcoholism.

Detective Superintendent Doherty stated, “As far as we know, during all the investigations, he was never on the radar, so he didn’t have all those regular triggers, which probably helped him remain nameless.”

Timeline of The Beast of Bondi’s heinous sexual assaults

Keith Simms has been connected to 12 sexual assaults between 1987 and 2000 using modern DNA techniques.

He is suspected of committing an additional 19 sexual assaults.

The police suspect that there may be other victims who have not come forward in the last 37 years.

Almost all of the crimes occurred in eastern Sydney.

Crimes with a DNA connection to Simms:

1 – Randwick, September 27, 1987: At around 5:05 a.m., Simms entered an apartment where a 23-year-old lady was asleep. He covered her lips with his hand, threatened her with a knife, and assaulted her sexually.

2 – Pagewood, 10 April 1989: At 4:04 a.m., while wearing a balaclava and carrying a knife, Simms entered the bedroom of a 14-year-old girl. He covered her lips with his hand and sexually abused her.

Simms entered an apartment in which a 32-year-old lady was sleeping on April 24, 1989 in Coogee. He covered her lips with his hand, threatened her with a knife, and assaulted her sexually.

4.20am on January 28, 1992, in Coogee, Simms entered into an apartment where a 21-year-old lady was sleeping. He threatened her with a knife and raped her sexually.

5 – Centennial Park, 12 December 1993: At around 8 a.m., Simms seized a 44-year-old lady who was running. He threatened her life with a knife and abused her sexually.

Simms broke into an apartment where a 27-year-old lady was sleeping around 4.30 a.m. on March 30, 1996, in Coogee. He placed his palm over her mouth, threatened to slit her neck, and abused her sexually.

9 – Coogee, March 21, 1997: A 28-year-old lady was sleeping on the beach at 5 a.m. when she awoke to find Simms armed with a knife, wearing a balaclava, and straddling her with his penis exposed. She was sexually abused as he held a knife to her throat.

10 – Tamarama, 11 October 2000: A 55-year-old woman was sleeping inside a friend’s apartment when Simms burst in at dawn. He placed his palm over her mouth, threatened to knife her to death, and abused her sexually.

11 – Coogee, 21 October 2000: In around 6.10am, Simms seized a 23-year-old lady at Dunningham Reserve. He placed his palm over her lips and threatened to slit her neck while wearing a balaclava. He attempted to get her to engage in oral sex, but she refused.

12 – Coogee, 23 October 2000: At 3.30am, Simms kidnapped a 17-year-old female who was heading home via a cemetery. He covered her lips with his hand, threatened her, and sexually attacked her.

The New South Wales police (shown above) never gave up searching for the Beast of Bondi.

Simms is suspected of the following:

1 – Clovelly, March 2, 1985: A 38-year-old woman was attacked with a knife while jogging at Thompsons Bay around 11 a.m. by a guy wearing a balaclava who placed his palm across her face and held a knife to her throat.

A 13-year-old girl was sexually attacked in her bed on March 1, 1987, when a guy wearing a mask and carrying a knife stormed into her house.

A 36-year-old lady was sexually attacked at knifepoint in her apartment by a guy wearing a balaclava on May 9, 1987 in Haberfield.

A 20-year-old woman was sexually attacked by a guy wearing a balaclava and carrying a knife in the Randwick Boys High School restrooms on August 15, 1987.

A 25-year-old woman was sexually attacked at knifepoint while running in Centennial Park at around 5.45 a.m. on June 10, 1988, in Sydney.

A 21-year-old lady was raped at her house by a balaclava-wearing guy with a knife on October 31, 1988 in Kingsford.

A 22-year-old woman running in Centennial Park at 9am on December 8, 1988, was raped at knifepoint by a guy wearing a mask.

In a failed sexual assault, a 33-year-old lady was threatened with a knife by a guy wearing a balaclava in Randwick on March 3, 1989.

A 33-year-old lady was raped at knifepoint by a guy wearing a balaclava in Centennial Park at around 5.45am on September 11, 1990.

A 23-year-old lady was sexually raped by a guy wearing a balaclava in her house on August 29, 1994, in Bondi, Australia.

A 26-year-old lady was sexually attacked at knifepoint by a guy wearing a balaclava in her flat on March 25, 1995, in Bronte.

25 April, Bondi, Australia: A lady was sexually raped at knifepoint by a guy wearing a balaclava.

A guy wearing a balaclava and carrying a knife approached a 29-year-old lady in Sydney on January 7, 1996, but she was able to flee.

A 32-year-old lady was sexually attacked in Waverley by a masked guy with a knife on October 30, 2001