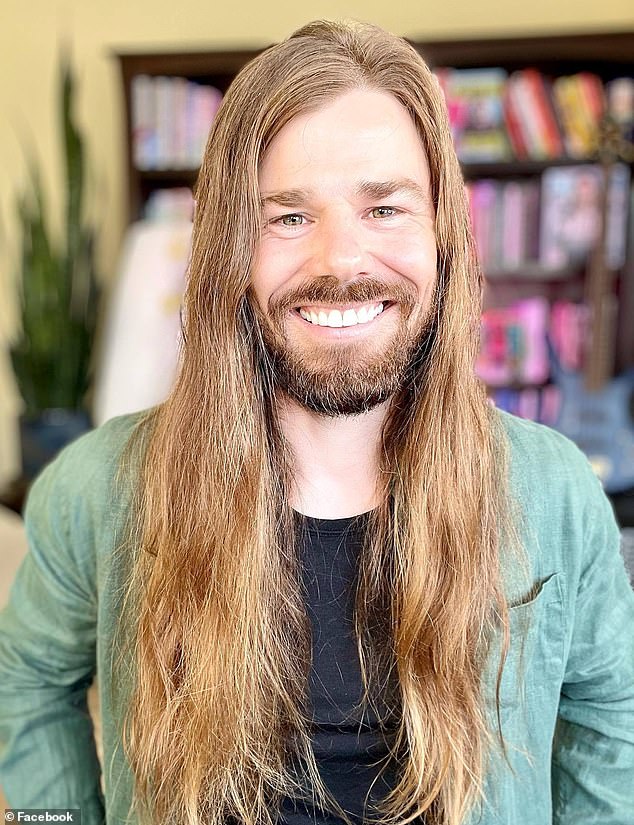 Dan Price, a disgraced celebrity CEO, once compared himself to a Jew being persecuted by the Nazis after his coworkers refused to assist him with a weird company stunt.

The frightening allegation is one of numerous made by former workers who describe a number of alarming situations, including one in which Price requested to be filmed claiming that his company, Gravity Payments, could do for small businesses what Rosa Parks did for civil rights.

Price requested a marketing employee to record his ill-advised declaration, but the individual rejected, instead relating that the incident occurred at Gravity HQ in Bellingham, just outside Seattle.

Price, who created the company in 2004 at the age of 19 while a student at Pacific University in the city, earned international news after reducing his personal compensation as CEO from $1 million to $70,000 while increasing the minimum wage at Gravity Payments.

He quit earlier this year amid allegations that he forcibly kissed a 26-year-old woman and held her by the throat when she rejected his advances, and that he raped a 27-year-old ex-girlfriend in a separate incident. He denies the assertions.

Former workers of Gravity Payments under former CEO Dan Price, 38, have come out to discuss distressing situations that occurred while they were employed there.

Price reportedly compared himself to Jews in Nazi Germany after two marketing staffers rejected to film him pulling down fishing nets, an idea he had presented as a metaphor for Gravity eliminating red tape in the credit card processing industry. Above, in 1941, Nazi SS Special Commanders line up Jews from Kiev to execute them with guns and push them into a ditch containing the bodies of victims from Poland.

Caitlin Palfenier, pictured, a former recruiter for Gravity, said, “You see Dan in the headlines where he’s really polished and lovely, and then you hear these behind-the-scenes things.”

While 26 former employees told The Seattle Times that working at Gravity had a negative effect on their mental or emotional health, they also acknowledged that the company had helped them create relationships with coworkers and establish a foothold in the sector.

The majority of former Gravity employees described Price as an erratic manager with a penchant for making strange requests, making spectacular entrances, and exhibiting outbursts. However, one former employee stated that neither the workplace culture nor the CEO’s conduct had any effect on them.

One former employee told how the chief executive officer arrived at a corporate party shirtless while wakeboarding behind a boat.

During a job interview, Price was reportedly observed lying on a couch, removing his shoes, and playing with his phone, according to a second source.

A third colleague recalled the CEO striding into the center of the open office and stating he was going to kill himself.

In a separate incident, Price reportedly compared himself to Jews in Nazi Germany after two marketing employees rejected to video him pulling down fishing nets, an idea he had proposed as a metaphor for Gravity’s elimination of red tape in credit card processing.

Price allegedly stated that he believed Gravity could accomplish for small businesses what Rosa Parks did for the civil rights movement.

Price was described as an unstable manager who frequently made strange requests, made spectacular entrances, and displayed tantrums.

Stephanie Brooks, who worked in the human resources department at Gravity, recalled that in her first year at the company, a supervisor instructed her to pick up a bag of trash left behind after a yacht party attended by the CEO that was unrelated to company business.

When she arrived to the docks, she discovered that they were shut; unable to return empty-handed, she scaled the South Lake Union marina’s fence.

Brooks was in her early twenties at the time, and the CEO offered to hold a pool party for her at his home.

After five years at Gravity, Brooks quit in 2020 without having secured another position.

She referred to her time at the corporation as the “golden age of Gravity” before the facade began to emerge.

One former worker told how CEO Price arrived at a workplace function shirtless while wakeboarding behind a boat.

Above, Palfenier is quoted as saying, “We were all promised we were part of something unique.” “You have a common experience.” We cried in front of one another. We became really emotional and vulnerable, which facilitated our bonding.

As a means of ‘bonding’ with their coworkers, the corporation encouraged its new staff to share intensely personal experiences.

At a dinner with their colleagues, managers, and senior officials at the company, nine former employees heard about their coworkers’ highs and lows, including a mother’s death and an arrest for drunk driving.

Another worker recalled being questioned about their greatest regrets.

According to a manager who hosted several of the meals at Seattle eateries, the intention of the dinners was to foster a sense of family at Gravity.

The manager, who wished to remain anonymous for fear of reprisal, alleged that they were directed to purchase drinks and food from the menu in order to prolong the dinner and keep the new hires talking.

During this manager’s first week at Gravity, they also participated in a workplace seminar on sexual harassment, where others shared their own stories of abuse.

Some former employees detailed the company’s ‘trauma-bonding’ sessions under Price.

The session became so emotionally charged that the manager was forced to depart early.

Caitlin Palfenier, a former recruiter for Gravity, said, ‘You see Dan in the news where he’s really polished and lovely, and then you hear these behind-the-scenes anecdotes.’

If you do not worship him, he wants you to be terrified enough to do nothing.

Some former employees fondly recalled the new hire meals, while others saw it as an opportunity for the corporation to learn about employees’ fears and break down barriers.

During a presentation at a company retreat in which employees were encouraged to draw timelines of their life experiences, one employee recalled feeling uncomfortable sharing personal details with coworkers and being criticized for holding back.

In 2019, a worker and Dan Price cut the ribbon to open the Gravity Payments office in Boise.

Former employees have described these bonding events as “bonding over life pain.”

Palfenier stated, “We were all promised we were a part of something exceptional.” “You have a common experience.” We cried in front of one another. We became extremely emotional and vulnerable, and through that we bonded.

She stated, “It became a contest to see who would be the most vulnerable and who would break down the most.”

The shared experience of a traumatic event has brought us all together.

Gravity claimed in a statement to The Seattle Times, “We examine every instance of reported harassment between employees.” There were no specific allegations addressed.

Price started Gravity Payments in 2004, utilizing seed money from his older brother Lucas to develop the company in his university dorm room.

Price gained notoriety in 2015 when he declared he would reduce his $1.1 million income in order to raise all of his employees’ salaries to $70,000.

Price developed a name for himself in the Seattle business scene over the years, and in April 2015, he made national headlines when he announced a salary decrease from almost $1 million to $70,000.

He stated that he would then use the company’s profits to guarantee that every employee earned at least that much within three years.

That was a 46 percent increase from the average yearly pay of $48,000 at Gravity Payment at the time.

Price stated in follow-up interviews that he conceived of the idea after reading a research indicating that additional income increased the satisfaction of individuals earning less than $75,000 per year.

Price resigned in August following many claims of misbehavior.

During the epidemic, however, Gravity encountered revenue issues and struggled to make up the loss in payment processing.

Price stated that nearly all of the employees had offered to take a salary cut in order to save the company, but ten workers came forward to allege they were forced to take a pay cut or be fired, despite the cuts being presented as “voluntary.”

All employees are now paid a minimum wage of $80,000, and executives indicated earlier this year that they would provide a rise of $10,000.

Consequently, Gravity Payments now receives more than 300 applications per available position. Price boasted that he had never laid off an employee.

It is thought that the company services over 13,000 retailers, helping them avoid fees and streamlining credit card processing at the point of sale, as well as mobile and e-commerce payments.