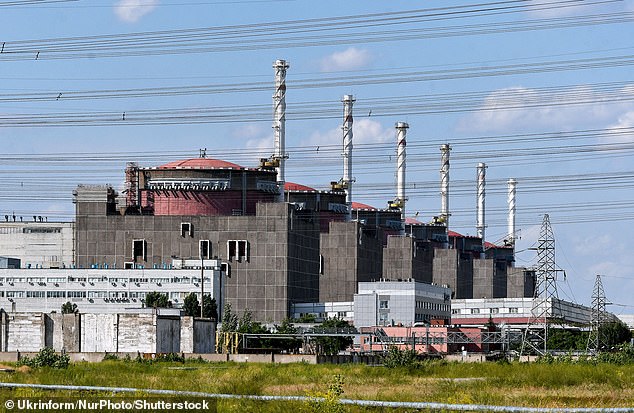 The largest nuclear facility in Europe was rocked by explosions after repeated shelling ended a “period of relative tranquillity” at the Ukrainian site under Russian control.

The International Atomic Energy Agency stated that those responsible for the Zaporizhia power plant attack were “playing with fire.”

The director-general of the agency, Rafael Mariano Grossi, stated that more than a dozen explosions were heard yesterday morning; nonetheless, his team at the site was informed that there was no damage to places deemed “essential for nuclear safety and security.”

Mr. Grossi stated, “Whoever is responsible for this must cease immediately.” As I have often stated, you are playing with fire.

Mr. Grossi declared his intent to demilitarize the area surrounding the plant.

Ongoing negotiations with Moscow and Kiev have yet to result in an accord. Both sides have accused the other of attacking the enormous plant, but Ukraine’s western supporters are skeptical that Kyiv would want to cause a nuclear catastrophe on its own territory.

According to the Ukrainian nuclear energy organization Energoatom, at least 12 strikes were reported at the Zaporizhzhia nuclear power plant this morning as a result of continuous Russian bombardment. It accused Moscow of “once again… endangering the entire planet.”

Meanwhile, Russian state media blamed Ukraine, with an official stating that the cooling system and spent nuclear fuel storage area were both compromised.

The facility, which supplied one-fifth of Ukraine’s electricity prior to Russia’s invasion, has been forced to operate on backup generators on multiple occasions since it was taken by Russian soldiers shortly after the start of the war.

In the meantime, a major advisor to Ukrainian president Volodymyr Zelensky rejected recommendations that Kyiv negotiate with Russia.

Last night, Mykhailo Podolyak remarked, ‘When you have the initiative on the battlefield, it’s a bit odd.’