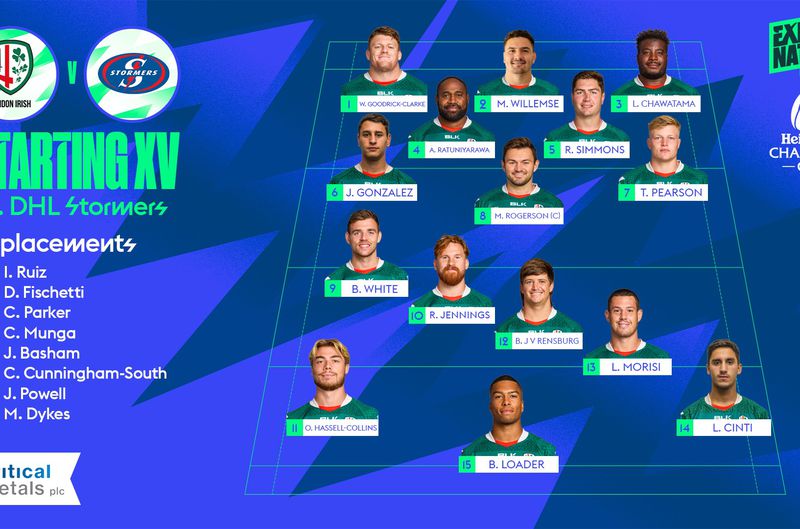 Declan Kidney, the director of rugby for the London Irish, has picked his team to face the Stormers on January 15 in Round 3 of the Heineken Champions Cup.

In the front row, Will Goodrick-Clarke, Mike Willemse, and Lovejoy Chawatama are joined by Api Ratuniyarawa and Rob Simmons.

Juan Martin Gonzalez and Tom Pearson are the flankers, while team captain Matt Rogerson wears the No. 8 jersey.

Ben White and Rory Jennings form the pairing at halfback, while Benhard van Rensburg and Luca Morisi join up in the centres.

The back three is comprised of Ollie Hassell-Collins, Lucio Cinti, and Ben Loader.

“We are excited to welcome the Stormers to Brentford on Sunday, the first South African side that we have ever hosted,” said Kidney.

“Our trip to Cape Town showed the level of opposition that the Heineken Champions Cup pits you against, and that is the standard that we have to hold ourselves against.

“Before the New Year we had a lot of away trips to contend with, but Sunday is our third home fixture in a row this year. We enjoy playing in front of our supporters and want to put in a performance that they will be proud of.”

After two matches, the Stormers are now sixth in Pool B, while the London Irish are eleventh.