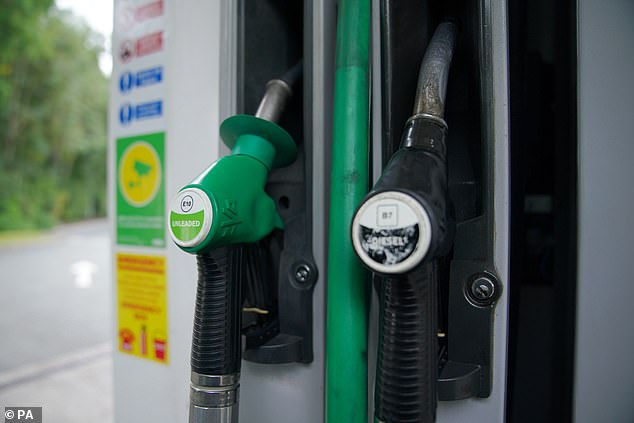 Diesel’s premium over gasoline has reached a fresh high of over 25p per litre.

According to the most recent government statistics, the average price per litre of diesel is £188.90.

This is 24.5p more expensive per litre than gasoline, which costs 164.4p per litre.

According to analysis, this is the greatest price disparity since June 2003.

Since then, diesel has consistently cost approximately 5p per litre more than petrol.

The director of the RAC Foundation, Steve Gooding, warned that diesel could become more expensive in the near future.

The situation for diesel drivers is dire and is unlikely to improve in the coming weeks, he warned. In fact, it may become worse.

With 4.5 million vans and 500,000 HGVs in the United Kingdom running almost completely on diesel, Mr. Gooding stated that companies’ increased expenses will unavoidably be passed on to consumers.

Mr. Gooding stated that the impact of the conflict in Ukraine on diesel supplies is exacerbated during the colder months, since many countries utilize the fuel for heating and power generation, hence increasing demand.

He warned that the situation ‘may become worse’ after the European Union’s embargo on importing Russian oil products goes into effect on February 5 of next year, since more supplies will need to be obtained.

The Office for Budget Responsibility (OBR) said on Thursday that a proposed 23% hike in fuel duty in March 2023 will increase pump prices by around 12 pence per litre.

Based on a combination of the scheduled end of the 5p reduction in duty and the long-standing policy of duty increases in line with the RPI rate of inflation, this amount was calculated.

However, chancellors have repeatedly frozen duty, and the Treasury emphasized that a final determination on the rate would not be made until the spring budget.