Skip to content
Go Home «» News «» Entertainment News «» Diana Jenkins, who is “a few weeks pregnant” and “on bed rest,” skipped PCAs owing to her pregnancy 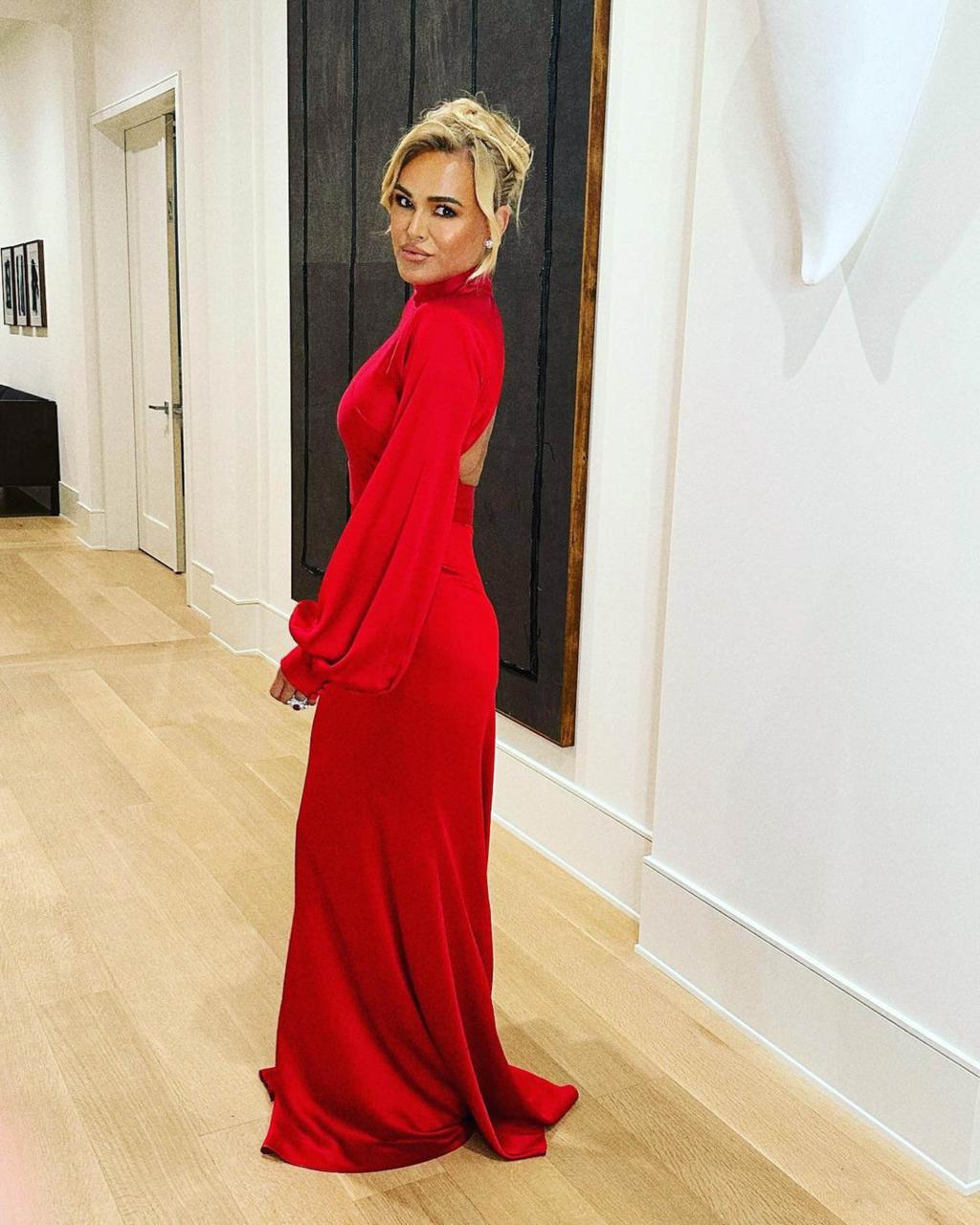 Diana Jenkins is “a few weeks pregnant,” according to an exclusive Page Six report from a source close to the “Real Housewives of Beverly Hills” star.

“She’s feeling wonderful, but due to her health history, she’s on bed rest,” a source reveals, adding that she and her fiancé, Asher Monroe, are “extremely excited” about the baby announcement.

Diana disclosed on the reality show that she had conceived her fourth child — and second with Monroe — in recent years, but endured a tragic, life-threatening miscarriage.

Following the discovery of her pregnancy, a consultation with her physician revealed that her unborn child had perished several weeks before. To prevent infection, Diana was compelled to deliver a stillborn child.

“She’s feeling wonderful, but due to her prior miscarriage, she’s on bed rest,” a source says of the diva who has been placed on bed rest.

“She’s feeling wonderful, but due to her prior miscarriage, she’s on bed rest,” a source says of the diva who has been placed on bed rest.

“She and Asher are very pleased about the new baby, but they’re being very cautious because she’s only a few weeks pregnant and due of her fertility struggle,” a source tells us.

However, the mother of three looks forward to extending her family because she “loves every moment of parenthood,” according to an insider.

The Bravolebrity has a young kid with her fiance, Asher Monroe, and two adult children with her ex-husband, Roger Jenkins.

This was clear on the second birthday of daughter Eliyanah, which fell on Thanksgiving Day. Diana commemorated the event with an endearing Instagram post and a video of herself dancing with the infant on her hip.

She captioned the video, “Birthday girl” “My Thanksgiving present that continues to give”

While Jenkins has been spending time with her loved ones at home, she was “a little disappointed” that she was unable to attend the 2022 People’s Choice Awards in Los Angeles on Tuesday night, according to a source.

The majority of the cast of “Beverly Hills” was present, including Lisa Rinna, Sutton Stracke, Kyle Richards, Erika Jayne, Dorit Kemsley, Crystal Kung Minkoff, and “friend of” Kathy Hilton. Garcelle Beauvais was unable to attend due to a job commitment. (“The Kardashians won the award in the end.”)

The source told Page Six, “She and Asher are incredibly pleased about the next kid, but they are being extremely cautious.”

“Diana and Asher are happy, but are taking it slowly and listening to everything their doctor suggests,” adds a source. Therefore, she was unable to attend the event.

A representative for Diana did not reply quickly to Page Six’s request for comment.

According to castmate Stracke, 50, the Bosnian refugee-turned-philanthropist didn’t miss much at the PCAs. Stracke previously told Page Six that the occasion was quite uncomfortable due to hostile interactions between the women.

The owner of the SUTTON boutique acknowledged longstanding feuds between herself, Rinna, 59, Hilton, 63, and Jayne, 51, among others, and stated, “It was the most awkward dinner ever.”

It was so awkward that our teeth were clenched.

Season 12 of “The Real Housewives of Beverly Hills” concluded broadcasting in October. Bravo has not yet announced the season 13 launch date or cast.

»Diana Jenkins, who is “a few weeks pregnant” and “on bed rest,” skipped PCAs owing to her pregnancy«