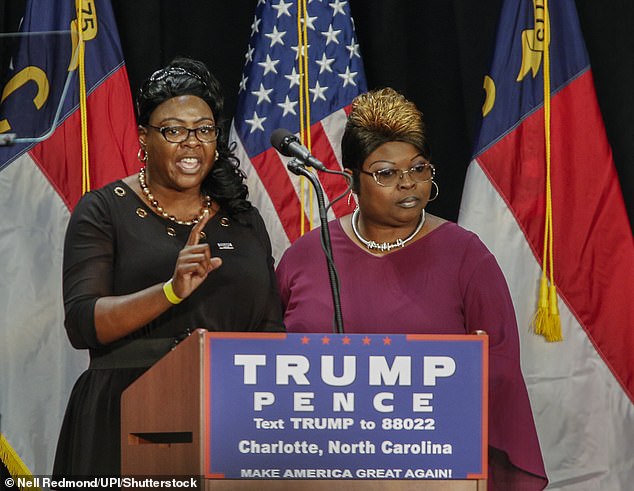 The other half of the pro-Donald Trump vlogging duo Diamond and Silk, Lynette “Diamond” Hardaway, died unexpectedly at her North Carolina home.

Their Twitter account said, “The World just lost a True Angel and Warrior Patriot for Freedom, Love, and Humanity!”

She passed away unexpectedly, and the former president of the United States posted the news on his Truth Social platform, noting that she was with her sister Rochelle “Silk” Richardson at the time.

It’s terrible news for Republicans and, to be honest, for ALL Americans. At her home in the State she loved so much, North Carolina, our lovely Diamond, of Diamond and Silk, recently died away. Silk remained at her side the whole time and even at her death.

Nowhere, at any time, was there a finer TEAM! Diamond’s passing came as a complete shock; most likely, her huge and priceless HEART just gave out. Our Magnificent Diamond, rest in peace. You will be sorely missed.

The Diamond and Silk Twitter account, which bills the couple as “Trump’s most devoted fans,” asked for prayers for Hardaway in November but didn’t explain why.

Anyone who believes in the efficacy of prayer is urged to pray for Diamond, the message said.

The account had written about her 51st birthday a few days before.

According to The Daily Beast, Hardaway returned to her program the next month and refuted rumors that she had been admitted to the hospital with COVID-19.

Her last episode was shot on December 15th.

The sisters lost their jobs at Fox News in 2020 for spreading inaccurate information regarding the coronavirus, such as claims that the virus was deliberately transmitted by “deep-state snakes” and that a vaccination will be used for population control.

Additionally, they spread the hoax that the COVID-19 fatality counts were falsified to harm Trump on TV.

With their program “Diamond and Silk: Crystal Clear,” Diamond and Silk then joined the fringe network Newsmax, where they made the claim that they were Trump’s “most devoted followers.”

The two ladies first gained attention when they posted comments on their YouTube channel in favor of Donald Trump’s 2016 presidential campaign.

The two had previously been devoted Democrats their whole lives, but once Trump announced his candidacy in 2015, they changed their allegiance to support him.

They appeared as Republicans accused the platform of having anti-Republican bias.

They claimed that their jointly authored book “Uprising,” which they launched in 2020, became a blockbuster.