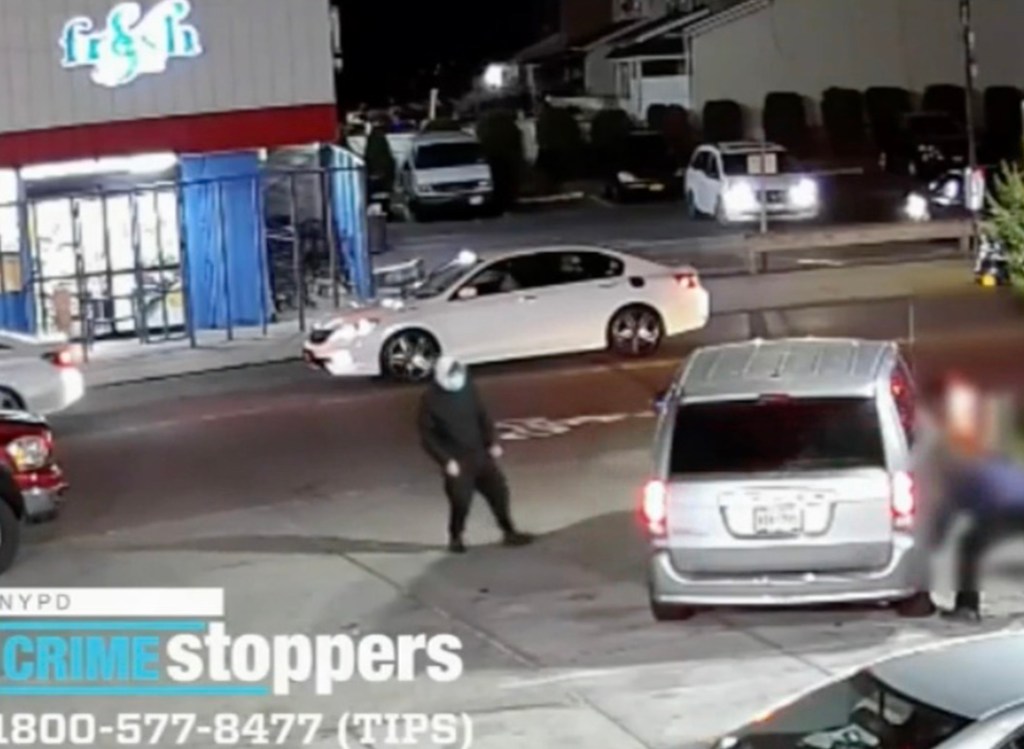 According to police and security footage, a pair of heartless thieves punctured a man’s tire in Queens and then stole goods from his immobilized vehicle after he pulled over to replace the flat.

The incident occurred in late November, but the footage capturing the brutal crime is only now becoming public.

The Queens Voice stated that two individuals approached the vehicle, which was parked in front of a fish market on Jamaica Avenue in Woodhaven on November 21 at 8 p.m., and punctured the rear passenger tire.

Once the 62-year-old auto owner began driving and saw that his tire gauge was inaccurate, he reportedly went to a service station on Parsons Boulevard with the two thieves in pursuit, according to the police.

According to police, a pair of criminals damaged a man’s tire on Jamaica Avenue before following him to a repair station.

The driver is seen exiting his vehicle in front of a petrol station air compressor on surveillance footage. As he bends over to inflate the flat tire, one of the two thieves crouches next to the vehicle, opens the driver-side door, and enters.

The bag included $500 in cash, a gold ring, and a debit card, according to police.

The thief is captured on camera entering the vehicle and stealing a bag containing $500, a debit card, and a gold ring.

The NYPD is still searching for the two accomplices almost a month after the robbery.

While the motorist was repairing his flat tire, the thief crossed the street with his stolen goods in tow and hopped into a black getaway car.

»Diabolical plan of NYC robbers is shown in video«