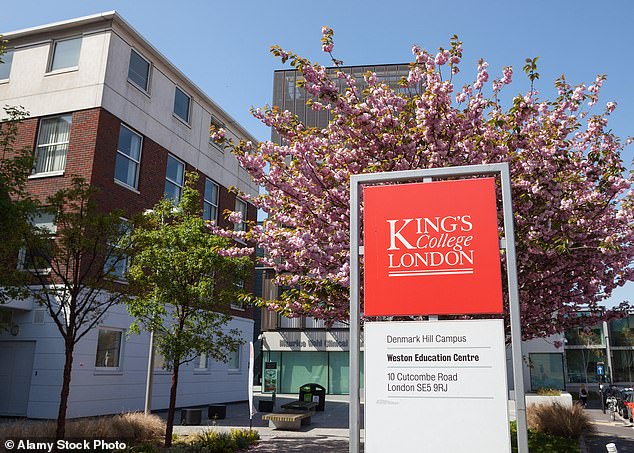 A scientist is suing for £50,000 after alleging that his lab supervisors forced him to squeeze pipettes repeatedly while at work, which led to the development of a repetitive strain injury.

Dr. Syed Mian, a 36-year-old expert in stem cells, claims that hours of demanding laboratory work while conducting studies at King’s College London left him with terrible pain in both hands and excruciating anxiety.

The distinguished research associate contends that his former employer was negligent in making his workplace safe for him. He filed a lawsuit against the institution seeking £50,000 in damages after becoming despondent and unable to perform manual labor.

King’s College, a prominent international research institute that has produced 12 Nobel Prize winners, acknowledged a duty breach, but claims Dr. Mian failed to notify them in time that he was having health problems at work.

According to court records, Dr. Mian, who is from Sutton, was working at the university’s Denmark Hill Campus in south London when the issues began.

As a research associate, much of his job involved “pipetting,” which involved holding the pipette and applying pressure with his thumb to the rubber bulbs.

According to his legal team, “This required a substantial level of pressure, and he would do this task for extended periods of time without rotation or a break throughout the day.”

Dr. Mian was diagnosed with tenosynovitis, a type of RSI that causes swelling along the side of the wrist and base of the thumb, in July 2018 after he started experiencing pain in his right hand.

He moved to using his left hand for pipetting because the discomfort and swelling prevented him from using his right hand, only to experience the same issues there.

He continues to have pain and suffering in his thumbs and wrists on both hands as a result of the repeated pipetting technique, which has also led to melancholy and worry.

King’s College London’s legal team argues that the institution shouldn’t be required to provide any kind of restitution to Dr. Mian, who is currently conducting research for the Francis Crick Institute on the relationships between stem cells and bone marrow in cancer patients.

It states that while believing pipetting was the cause of his troubles, he “failed to report in time that he was experiencing symptoms as a result of his work.”

A trial date has not yet been scheduled for the case at Central London County Court.