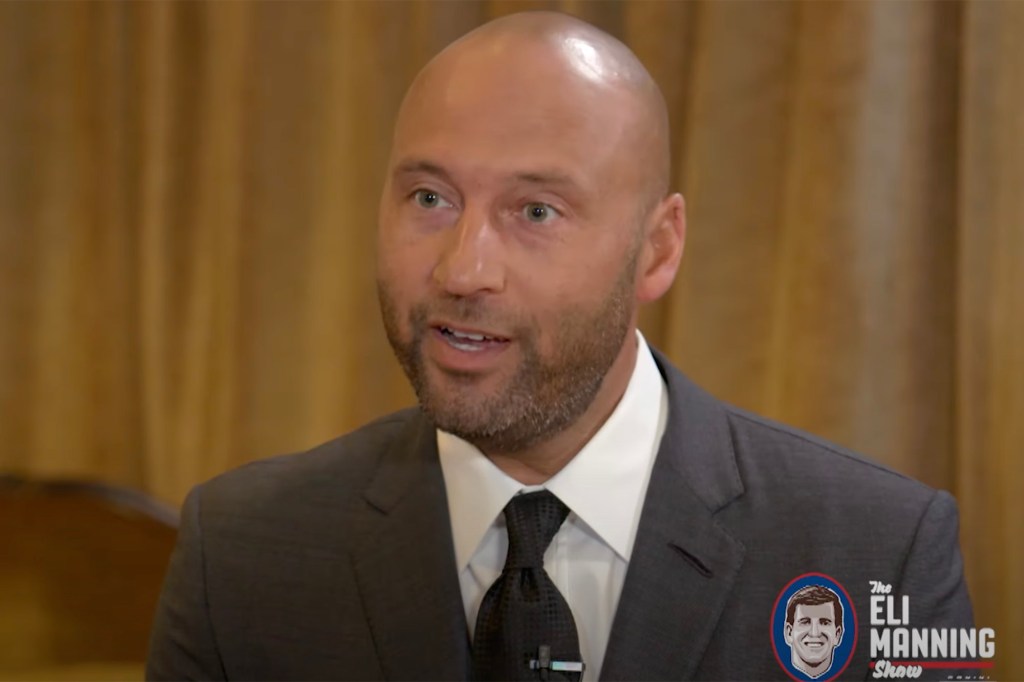 Derek Jeter is actually offering “love” to the media.

This week on “The Eli Manning Show,” the Yankees legend discussed his desire to reduce distractions during his playing days by giving some stories minimal attention.

The 48-year-old Jeter stated, “A lot of the time, you have to bite your tongue every day.” “When it comes to New York, I’ve always felt that you should attempt to limit distractions, and if you keep adding to a story, it becomes a distraction over time. So you address something once — I believe there are many instances in which people spread false information, but if you address it, it continues to spread.

“Therefore, I believe it is necessary to hold one’s tongue under these circumstances. In addition, you were married before I was, so the gossip columns know quite a bit about it.”

The 41-year-old Manning then joked to Jeter, “You don’t miss Page Six?” In response, the now-married, three-times-father commented on The Post’s position.

The retired Yankees captain has been enjoying family time with his model wife Hannah, 32, and their three girls. During his playing days, Jeter’s personal life was the subject of considerable conjecture. In addition, the normally quiet Jeter joined Instagram and Twitter this past spring, despite his reputation for privacy.

With over 450,000 Instagram followers and counting, Derek Jeter frequently provides fans a glimpse into his life as a father, including a sweet moment in August when his eldest daughters, Bella Raine, 5, and Story Grey, 3, attempted to give him a manicure.

Jeter and Hannah have been married since 2016 and welcomed River Rose discreetly in December.