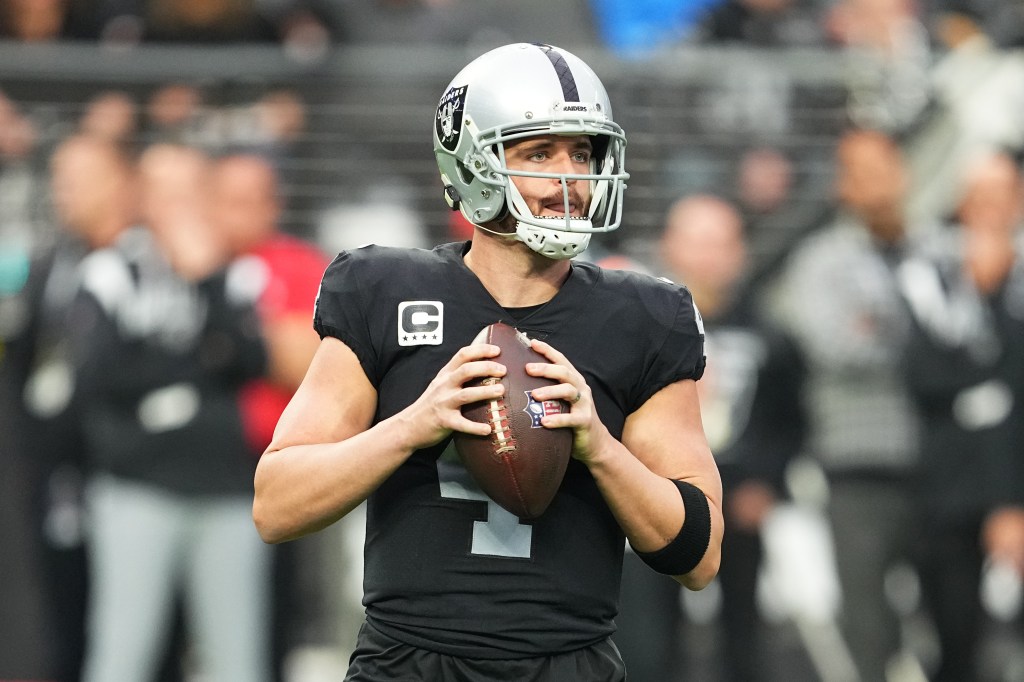 Longtime starting quarterback Derek Carr was unexpectedly benched by the Las Vegas Raiders on Wednesday, and the reaction has been quick.

Following the announcement, Carr was absent from Raiders practice. Ian Rapoport of NFL Media then stated that the 31-year-old quarterback had indefinitely left the organization, with Jarrett Stidham taking over as the starting quarterback.

“As a result of negotiations over the past few days, both sides agreed that it would be best for Raiders quarterback Derek Carr to miss the next two games to avoid distractions,” Rapoport tweeted. He will not practice and will be categorized as “not injury related”

First-year head coach Josh McDaniels’ move to Stidham was unexpected. Technically, Las Vegas is still alive for the final AFC playoff position (though their chances are slim to none). Carr is a nine-year NFL veteran who has started 142 games for the Raiders since his league debut, garnering three Pro Bowl votes and leading the team to the playoffs twice. Chase Garbers, a former Cal quarterback, will back up Stidham.

Carr has no guaranteed money remaining on his contract, and the organization may terminate his contract with a minimal dead cap charge in 2023, leading many to believe that he has played his last snaps with the team. If he sustained a significant injury in the final two games, a portion of his remaining income would become guaranteed.

Carr’s former college teammate at Fresno State, Davante Adams, for whom the team traded first- and second-round picks in the summer, stated, “Obviously, I don’t think anyone was pleased about it here.” “He is one of my closest friends and the reason I came to this city in the first place.

“I’m not going to sit here and drone on, but it goes without saying that I support my guy. We must conclude the season as successfully as possible, all things considered.”

Adams elaborated on Instagram with a photo of the pair wearing Fresno State apparel and the statement, “This man gave everything he had. The reason I am a Raider is… One of the most disciplined and kind individuals I know. Got my buddies back through whatever means, and if you can’t appreciate that, you!!!”