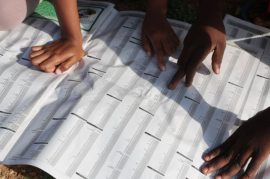 According to the Department of Basic Education, the Matric 2022 results will be released on January 20th.

Last year, the Class of 2022 took their final school exams from October 31 to December 7.

According to the department, results for the matric class of 2022 are now being processed.

“When the results are released, we urge [learners] to collect their results at the centre where [they] sat for the 2022 National Senior Certificate examinations,” the department said.

The academic year will begin on Wednesday for children in Gauteng, Free State, Limpopo, Mpumalanga, and the North West who will return to school this year.

The first day of classes for students in the coastal cluster, which includes the Eastern Cape, KwaZulu-Natal, Northern Cape, and Western Cape, is January 18.

This follows an alleged assassination attempt on the vice chancellor on Friday.

“I outrightly condemn this barbaric murder of Mr Vesele and the attempt on the life of Professor Buhlungu. This attack is not only an attack on the University of Fort Hare but also an attack on the entire Post School Education and Training sector.

“I also encourage all the Vice Chancellors (VC) and TVET College Principals to engage with my Department on all security related issues to enable us to engage with the Cabinet Security Cluster, particularly on security concerns that have an impact on the institutions’ ability to perform their duties,” Nzimande said.

Vesele’s family and university personnel are receiving psychosocial support from the department.

»Department of Basic Education to release the Matric 2022 results soon«