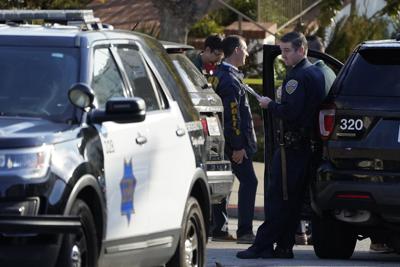 Democratic members, including Debbie Dingell, fear for their life in the wake of a frightening hammer attack on Paul Pelosi, the husband of House Speaker Nancy Pelosi.

David DePape, 42, was apprehended by police after he stormed into the Pelosis’ $6 million San Francisco house in his underpants at 2:27 a.m. on Friday and beat Paul Pelosi, 82, with a hammer while shouting “where’s Nancy?”

During an interview with NBC, the Democrat from Michigan, Debbie Dingell, expressed her affection for the Pelosi family and her worry of the escalating pattern of attacks she is seeing.

Dingell recalled the time she spotted guys with ‘assault rifles’ outside her home after speaking with NBC and stated, ‘This hatred and fear is dangerous.’

This rage that we see across the nation… the acceptance of words that should not be there… the bullying… She stated, “I believe we all need to take a deep breath because this threatens our democracy.”

Following an attempted kidnapping of the governor of Michigan, Gretchen Whitmer Dingell stated that she had received hate speech.

‘Look we’re human beings you do get scared and by the way one of the men that was convicted also said on the dark web that I should be hung for treason,’ she said.

‘It’s this vitriolicness (sic) that is scary and you know we all gotta (sic) stand up to it.’

Michigan’s 12th congressional representative went on to say that social media has played a pivotal role in what she believes is a trend.

‘I think some of it social media that was supposed to bring us together has allowed people to have a blank slate to say whatever they want,’ she said.

‘There are people carrying guns threatening people that is not ok and I don’t care what party you are I don’t want to see anybody I know republican or democrat or far right far left hurt.

‘We all have to stand up to it cause if we don’t our democracy is in real trouble.’

Pelosi was taken into surgery to repair a skull fracture after the attack but is expected to make a full recovery.

DePape is in custody and set to be charged with multiple felonies including attempted homicide.

President Joe Biden called the attack ‘horrible’ and Republican and Democrats condemned the violence as the House Speaker rushed from DC to San Francisco to be at her husband’s side.

DePape grew up north of the border but moved from British Columbia to California 20 years ago. He followed a love interest, his stepfather told CNN, and family members have insisted he was a ‘good kid’.

An acquaintance of his told CNN that DePape was struggling with hard drugs about eight years ago but was ‘trying to create a new life for himself.’ She said she cut off contact with DePape after receiving ‘disturbing’ emails in which he sounded ‘dangerous’ and ‘out of touch with reality.’

His social media showed he posted conspiracy theories about the origins of the covid epidemic, about the validity of the 2020 election, and on the January 6th insurrection on Capitol Hill.

Meanwhile, a woman who claims to be DePape’s daughter said that her father is ‘consumed by darkness’ and sexually abused her and her brothers when they were children.

Inti Gonzalez blogged about the 42-year-old on Friday and wrote in the post, which has since been taken down, that her mother met DePape in Maui when she was pregnant with her.

The couple moved to the Bay Area soon after Gonzalez was born.

According to his daughter, DePape slowly became ‘toxic’ until Gonzalez’s mother left him when she was 13 years old.

DePape will be booked at the San Francisco County jail on several charges, including-attempted homicide, assault with a deadly weapon, elder abuse, and additional felonies.

He entered the Pelosi residence through a sliding glass door at the back of the house. Aerial footage showed broken panes of smashed glass at a door to their home.

Meanwhile, political attacks have been on the rise this year. And, in the wake of the attack on Paul Pelosi, U.S. Capitol Police are assessing additional security options for the protection of families of congressional leadership.

Currently, there is no formal protection for families or staff for members of Congress. Private security can be paid for out of campaign funds.

Lawmakers from both political parties have faced threats.

Republican Senator Marco Rubio of Florida claimed that one of his supporters was attacked while out canvassing this week. And Republican Rep. Adam Kinzinger said he’s received death threats against himself and his family after serving on the committee investigating the January 6th insurrection at the Capitol.

But attacks on prominent government officials goes beyond the US with two UK members of parliament killed since 2016.

Last year, Sir David Amess was murdered by an IS fanatic in October while lawmaker Jo Cox was killed in 2016 by Nazi-obsessed loner Thomas Mair, 53.

»Democrats worry for their lives after Paul Pelosi’s attack«