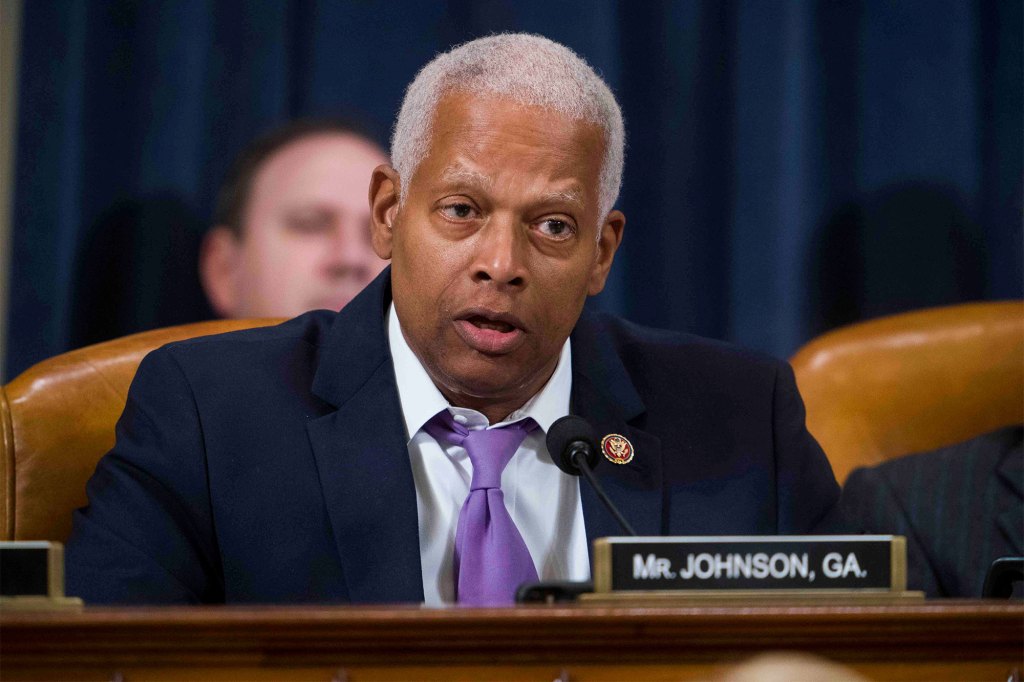 A Democratic congressman is sowing seeds of mistrust over the confidential records of President Biden.

Rep. Hank Johnson (D-Ga.), who previously feared that Guam could fall due to overpopulation, suggested on Thursday that confidential documents found at Biden’s house in Delaware and an office he used at a think tank in Washington, D.C. could have been “planted.”

Johnson, 68, said Fox News he found it “suspicious” that the 80-year-old president’s attorneys “conveniently” uncovered the documents from his time as vice president during the Obama administration.

“Alleged confidential materials reportedly found in Joseph Biden’s possession… “I’m suspicious of the timing,” said Johnson, using the words “alleged” and “allegedly” despite the White House and Biden’s admission that some of the documents retrieved were classified and discovered in his garage, personal library, and office at the Penn Biden Center.

“I’m also aware that things can be planted on people, places, and things… things can be planted in places and then conveniently discovered,” Johnson continued, speculating that an unprecedented break-in could occur at the president’s home in an effort to embarrass him and his administration and possibly land him in legal trouble.

“This may have occurred in this case. I do not rule out the possibility. Johnson hypothesized irresponsibly, “But I’m open to the notion that the investigation must be conducted.”

The Georgia Democrat has a history of making odd remarks and ludicrous inferences.

Johnson questioned now-retired Adm. Robert Willard, head of the US Pacific Fleet, on the effects of US soldiers on the island of Guam during a 2010 House Armed Services Committee meeting.

“My fear is that the entire island will become so densely populated that it will topple and sink,” Johnson asked the commander with a straight face. The commander assured Johnson that this was not an issue.

In a 2019 speech to the NAACP, Johnson compared then-President Donald Trump to Hitler.

Hitler accepted the use of violence to achieve his political goals, but Trump promoted violence against demonstrators at his rallies. “His message about Charlottesville, that there were bad people on both sides, sent a powerful message of approval to America’s far right racists,” Johnson said.

“Americans, especially black Americans, cannot afford to make the same error regarding the harm that could be caused by Hitler or Trump,” he added.

On Thursday, Johnson went on to praise Attorney General Merrick Garland for appointing former Maryland US Attorney Robert Hur as a special counsel to investigate how the documents ended up at Biden’s namesake think tank and next to his Corvette in Delaware.

“It is refreshing to see the Department of Justice depoliticized after the Trump administration, and I applaud Attorney General Garland for appointing a special counsel to investigate the Biden document discoveries,” Johnson said Fox News.

In 2010, Johnson questioned now-retired Adm. Robert Willard about the effects of US troops on the island of Guam.
AFP Images via Getty

“There is a significant difference between the Trump and Biden document cases based on what we know,” he continued. “There remains much we don’t know about the Biden document discoveries, and it’s too early to reach any conclusions. However, I am convinced that the process has begun to ensure that the truth will be revealed and justice will be served.”