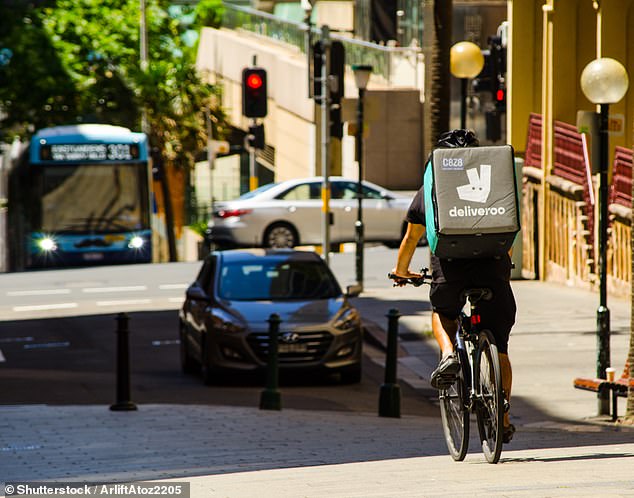 Deliveroo is named after an iconic Australian kangaroo, but it will no longer jump through the city’s streets delivering food.

The company unexpectedly declared on Wednesday afternoon that it had entered voluntary administration and would cease all operations in Australia.

Deliveroo informed its clients via email that they would no longer be able to use the app to place orders in Australia.

For six months, customers will be able to access their accounts and download their customer orders and information.

Opening the app, where a list of eateries would typically appear, displays an error message informing users “there’s a problem” and requesting they try again later.

Deliveroo announced abruptly that it has entered voluntary administration and will cease operations in Australia.

Financial filings indicate that the company was placed under administration on Wednesday, with KordaMentha Restructuring appointed as the new administrator.

Craig Shephard, Michael Korda, and Andrew Knight will either sell Deliveroo to a new owner or liquidate the company and sell off its components.

It was not immediately clear how much debt the Australian subsidiary of Deliveroo was in and who stood to lose money if they were not repaid.

Deliveroo informed its customers that leaving Australia was a “tough decision,” but that it was “operating in challenging economic conditions.”

It stated, “We constantly strive to provide the greatest possible service to our customers wherever we operate, and if we are unable to do so, we are willing to reconsider our position.”

“In Australia, we have determined that achieving a sustainable position of market leadership without a disproportionate degree of investment with highly unclear returns is impossible.”

IBISWorld data indicates that Deliveroo held only 11.7% of the Australian food delivery market at the end of 2017, trailing market leader UberEats with 52.9% and MenuLog with 19%.

A second announcement to investors indicated that Deliveroo was simply too far behind market leaders and that catching up would be too costly.

The company has assessed that it cannot achieve a profitable and sustainable size in Australia without significant financial commitment.

Deliveroo’s risk/reward thresholds are not met by the anticipated return on such an investment.

IBISWorld data indicates that Deliveroo held only 11.7% of the Australian food delivery market at the end of 2017, trailing market leader UberEats with 52.9% and MenuLog with 19.0%.

Deliveroo stated, “In Australia, the market is highly competitive, with four global competitors, and we do not control a broad foundation of strong local positions.”

Opening the app, where a list of eateries would typically show, displays an error message stating “there’s a problem” and instructing users to try again later.

The worldwide firm with its headquarters in the United Kingdom stated that its Australian operations accounted for only three percent of its total revenue and were a profit drag.

Australia had a negative impact of roughly 30 basis points on the company’s adjusted EBITDA margin (as a percentage of gross transaction value).

Deliveroo has approximately 6,500 employees and drivers in Australia and would provide “guaranteed improved severance benefits for employees in addition to compensation for riders and some restaurant partners.”

During the epidemic, when Australians were confined to their homes during lockdown and restaurants could only provide delivery and takeout, business flourished for all market participants.

After dine-in reopened, seven million people continued to use the service, according to Roy Morgan.

The use of delivery services was disproportionately prevalent among younger Australians, and the proportion of Australians utilizing such services climbed this year beyond the pandemic.

Today, we made the regrettable announcement that we will be departing Australia. This was a difficult decision to make,’ stated the statement.

Working with tens of thousands of outstanding restaurants and riders, we have delighted in providing you Australia’s famously delicious cuisine.

Deliveroo, like all other businesses, is now operating under difficult economic conditions, which causes us to make challenging decisions.

We will be willing to reevaluate our position if we are unable to provide the highest level of service to our customers wherever we operate.

“In Australia, we have determined that achieving a sustainable position of market leadership without a disproportionate degree of investment with highly unclear returns is impossible.

Deliveroo Australia has halted operations, hence it is no longer possible to place orders in Australia.

Thank you for placing an order with Deliveroo.

Please check the administrators’ website at https://kordamentha.com/creditors for additional details.

We appreciate your continued use of Deliveroo.

The Team at Deliveroo