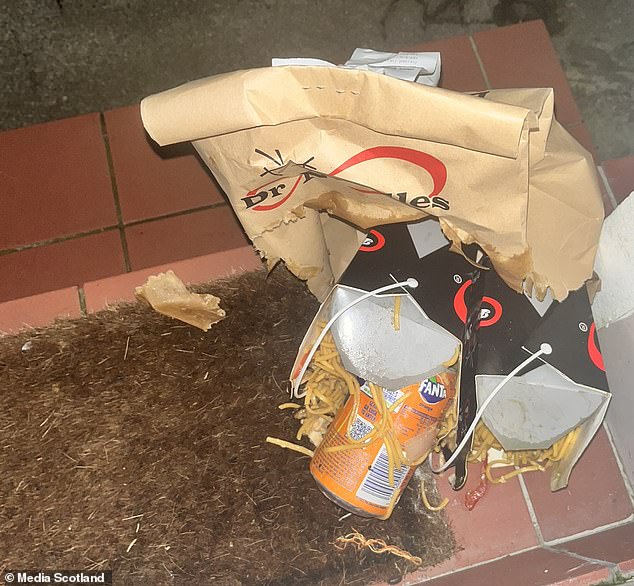 When she arrived at her front door, the packaging was torn and she was shocked to find the noodles all over her doorstep.

Ms. Gray filed a complaint with the food delivery service, stating that this is not the first time inedible food arrived in damaged packaging.

Lauren told Edinburgh Live, “On this occasion, I ordered from Dr. Noodles, and the food arrived in 50 minutes, which isn’t too bad considering the restaurant is a 15-minute drive away.”

I noticed the driver was turning into my street (app tracking), so I sent a message saying, “Please leave the package on my doorstep; I’ve just returned from the store.”

“As I pulled into my driveway, the delivery driver had just gotten back into his vehicle and left. So the bag sat there for no longer than twenty to thirty seconds.’

After Ms. Gray reported the issue to Deliveroo, she was offered credit or a full refund, to which she responded, “I requested credit so I could order another dinner!”

The original cost of the order was $22.66, which included service and delivery, plus 10 cents for the paper bag.

Ms. Gray received a refund of £19.78 since the beverage she bought was delivered undamaged.

Deliveroo issued an apology, and Edinburgh Live has reached out to them for comment.