Skip to content
Go Home «» News «» Breaking News «» December employment growth in the United States was good, and the unemployment rate fell to 3.5% 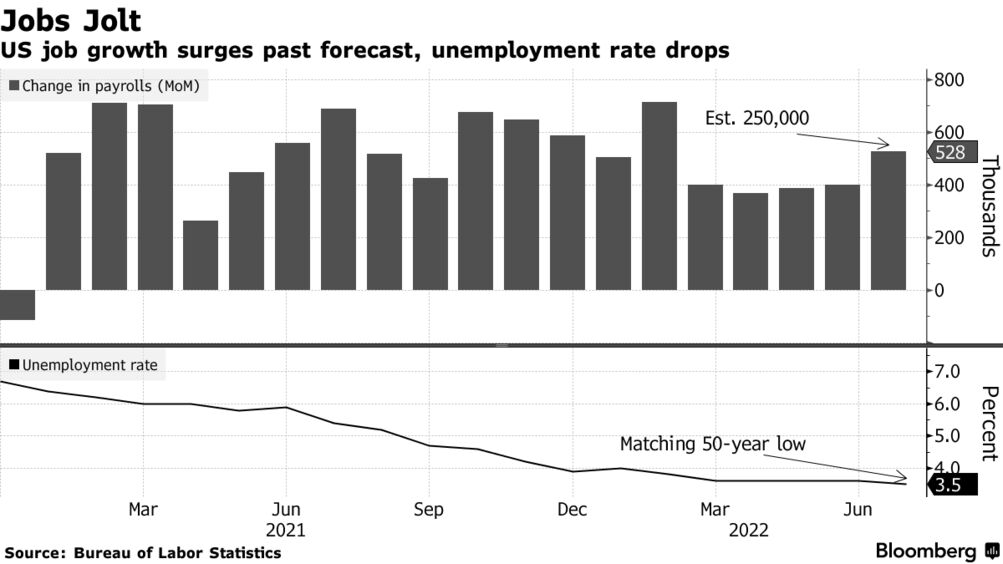 The U.S. economy maintained a solid pace of job growth in December, with the unemployment rate falling to 3.5%; nevertheless, as the Federal Reserve fights inflation, increased borrowing rates might severely dampen the labor market momentum by mid-year.

According to the Labor Department’s carefully watched employment report released on Friday, nonfarm payrolls climbed by 223,000 last month. The number of jobs added in November was revised down to 256,000 from 263,000 initially reported.

Economists polled by Reuters predicted an increase of between 130,000 and 350,000 jobs, with predictions ranging from 130,000 to 200,000. The monthly increase in employment is substantially over the rate required to keep up with the expansion of the working-age population.

For the past five years, the government has changed the seasonally adjusted statistics for the household survey, from which the unemployment rate is calculated.

The average hourly wage increased 0.3% after a 0.4% increase the previous month. This decreased the year-over-year pay growth to 4.6% from 4.8% in November. According to figures released by the government this week, there were 10,458 million job opportunities at the end of November, or 1.74 positions for every unemployed person.

The labor market has remained robust despite the Fed’s most rapid interest rate hike since the 1980s, which began in March of last year.

Housing and banking, as well as internet giants such Twitter, Amazon, and Meta, the parent company of Facebook, have reduced employment.

As the leisure and hospitality sector continues to recover from the COVID-19 pandemic, however, airlines, hotels, restaurants, and pubs are clamoring for personnel.

Durability on the labor market supports the economy by sustaining consumer spending. However, this increases the possibility that the Fed would boost its target interest rate above the 5.1% peak the U.S. central bank forecasted last month and maintain it there for some time.

By mid-year, however, the employment growth trend may have slowed dramatically due to the impact of costlier financing on consumer spending and, ultimately, company investment.

The Fed hiked its policy rate last year by 425 basis points, from near zero to a range of 4.25 to 4.50 percent, the highest level since late 2007. It estimated last month that borrowing prices will increase by at least 75 basis points by the end of 2023.

»December employment growth in the United States was good, and the unemployment rate fell to 3.5%«