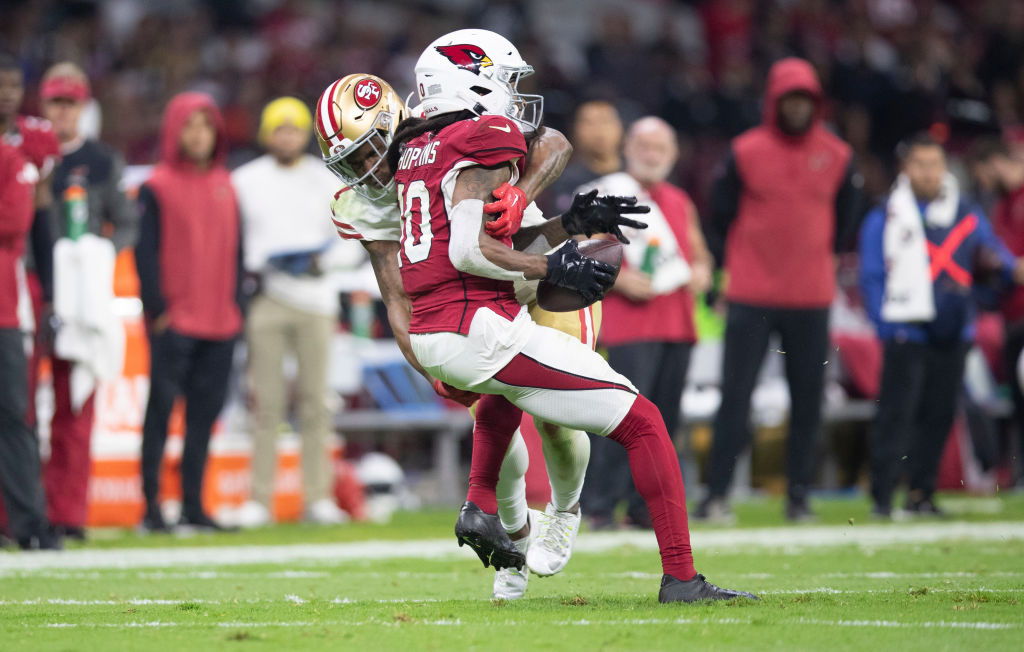 DeAndre Hopkins desires to resolve the dispute with a fistfight.

Last week, following the 49ers’ 38-10 victory against the Cardinals, San Francisco defensive back Charvarius Ward criticized Hopkins and alluded to the six-game PED ban Hopkins had to serve at the beginning of this season.

“He was being incarcerated. “He was engaging in some unsavory behavior,” Ward stated. “He attempted to slit my neck and grabbed me by the throat. On one play, he grabbed my face mask, thus I do not respect his game. This is the steroid guy.”

Hopkins’s response was initially conciliatory, but he ultimately decided that a sanctioned fight would be the best way to resolve the situation.

“I would want to see how tough he is in the boxing ring in person.”

Cardinals WR DeAndre Hopkins on the postgame remarks made by 49ers CB Charvarius Ward, who referred to D-Hop as a “steroid boy”

“I’m not the type of guy who uses social media for such matters. “The problem about this league is that you never know when you’ll find yourself on a team with someone,” Hopkins told reporters on Friday. “As it is, so it is. I’m not the kind to make a public service announcement about someone else, but we all belong to the same fraternity. I despise hearing men speak in such a manner about any individual, yet I pray for such individuals.

“Many people are difficult when they can type or say anything, but I admire boxers like Le’Veon Bell. I’d want to go into a boxing ring with that man over there who said something about me, just to see how tough he is in person.”

Almost certainly, each of their football contracts prohibits them from competing in a boxing match, but this would be an incredible undercard for the next Jake Paul fight.