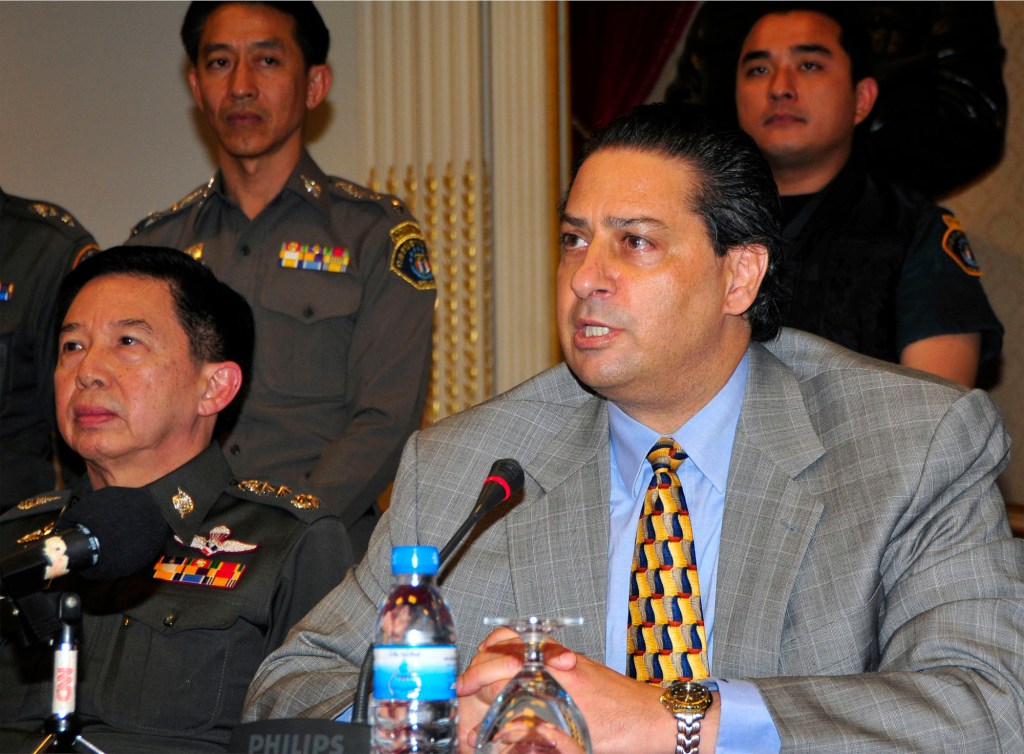 A former DEA agent who played a significant part in bringing infamous arms dealer Viktor Bout to jail more than a decade ago believes that Russia gained the upper hand in the Brittney Griner prisoner swap, and that the United States may pay a severe price for it.

Tom Pasquarello told Yahoo! Sports just hours after Bout was exchanged for Griner in Abu Dhabi, “I’m kind of in disbelief that someone with the ability to coordinate arms sales that might kill Americans anywhere in the globe would be given for a prisoner.”

Bout, 56, also known as the “Merchant of Death,” had been serving a 25-year federal prison sentence for selling tens of millions of dollars worth of weapons that were to be used to kill Americans when he was released and flown to Moscow.

Retired DEA regional director Tom Pasquarello, on the right, harshly denounced the high-profile jail exchange in which Brittney Griner was traded for Viktor Bout, a weapons trafficker he had helped put behind bars.

Thursday on the airport tarmac in Abu Dhabi, Griner was exchanged for Bout, second from the right.

In exchange, the Biden administration was able to win the release of a 32-year-old WNBA player who had been imprisoned for 10 months in Russia for a narcotics conviction.

Critics of Biden have criticized the high-profile trade, stating that the arrangement was a big victory for Russia, especially given that it failed to secure the release of ex-Marine Paul Whelan, who has been imprisoned since 2018.

“We couldn’t even find two people for the world’s most known weapons trafficker, a man responsible for more bloodshed, blood diamonds, insurrections, and threats to democracy than anyone else in the world,” said Pasquarello, who now serves as the director of business security for General Electric. “How does that constitute a negotiation? That’s essentially a freebie.”

Bout was detained in Thailand in 2008 for attempting to sell weapons intended for use against Americans.

Pasquarello, in his capacity as regional director of the Drug Enforcement Administration in the mid-2000s, oversaw the 2008 sting operation that led to the capture of Bout in Thailand.

The DEA had its operatives masquerade as members of FARC, a Colombian narco-terrorist organization, in search of missiles to take down US aircraft and firearms to kill American soldiers.

The lucrative arms transaction enticed the elusive Bout to emerge from hiding and bring him to Bangkok, where he was captured by Pasquarello and told the DEA director, “the game is finished.”

According to reports, the Russian government was eager to bring Bout home due to his potential ties to the country’s military intelligence, a claim he denies.

Although it is currently unknown if Bout would be able or willing to revive his arms-trafficking business, Pasquarello advised against underestimating him.

Griner, on the left, was released from a correctional colony in Russia after ten months of confinement.

“I’ve heard that Viktor is no longer a threat, that he cannot travel, and that he will be secluded,” said the veteran law enforcement official. “He was like that for a decade prior to his incarceration.” He was aware that he could not move anyplace, yet he continued to function from his safe zones.”

The prisoner exchange could have “massive ramifications” for the United States, according to Pasquarello, who retired from the DEA in 2011 after more than 28 years of service and has spent the most of the last decade in the private sector.

Former Marine Paul Whelan was not included in the exchange and remains imprisoned on espionage accusations in Russia.

The White House announced on Friday that the United States will collaborate with Russia to secure Whelan’s release.

The statement by John Kirby, spokesperson for the National Security Council, follows Putin’s statement that additional prisoner swaps with the United States are feasible.