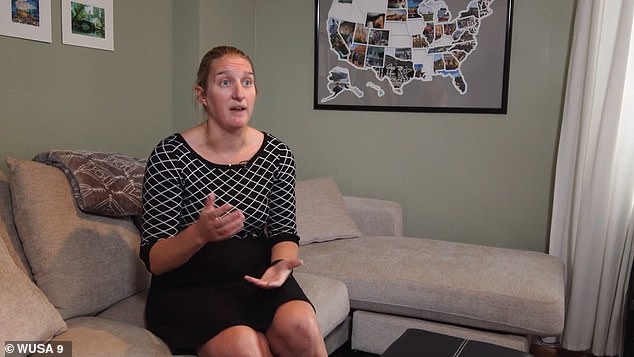 After the vehicle was taken, a woman in Washington, DC claims the city is refusing to drop all 10 unpaid parking charges totaling over $1,750.

Catherine Brenner faces over $7,000 in vandalism-related damages, and the local DMV refuses to assist her financial strain.

In June, Brenner’s Honda Civic was taken from a parking spot near her apartment building; she reported, “I stepped behind my building and looked, and my car was gone.”

The thief was then issued citations from red light cameras, speed cameras, and a parking penalty.

Brenner correctly states, upon examining the evidence, “I am not the driver in any of these photographs”

Brenner’s HOA president handed her security camera footage of the break-in, which depicted a man hotwiring her car and fleeing within three minutes, which she described as “like a dagger to the heart.”

She filed a report with the local police and requested alerts on citations from the DMV; the first one arrived nine days later.

Brenner stated, “I went to that street myself to determine whether or not my vehicle was still there.” Unfortunately, it was not. However, I located it within forty-eight hours after that ticket.’

Inside the Honda Civic, she discovered clothing, cigarette burns, and a gunshot casing, with total damage exceeding $7,000

The tickets began to pile up at that point. She stated, “After I received the first ticket, five more tickets arrived by email later that day.”

Ten days after receiving the first fine, she received a total of four more, for a total of ten, with the fines totaling $1,750.

Brenner stated, “The investigator I’ve been working with told me I could contest all the tickets and they would be deleted from my account, so I wouldn’t have to worry.”

However, three months following her appeal, the DC DMV had only removed one point from her account.

WUSA reached out to the DC DMV. A spokeswoman requested Brenner’s information, but provided no reason.

However, within the next twenty-four hours, they dropped four of the tickets, leaving five outstanding.

Brenner stated, “I feel as though this has been haunting and looming over me the entire time.” And I truly want it to disappear.’

According to the city’s data, violent crime is really down five percent in Washington in 2022, while overall crime is down four percent.