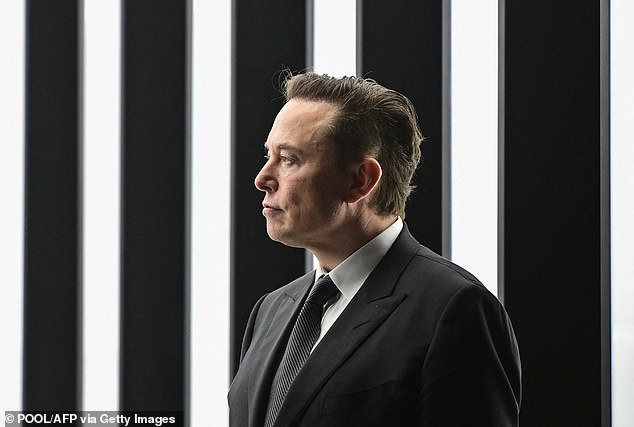 Since new CEO Elon Musk purchased the digital business for $44 billion, Twitter may have lost over a million users, according to a data firm, indicating that some users have been suspended by the company and others may have deactivated in protest.

By examining more than 3.1 million accounts and their daily activity, the company Bot Sentinel keeps track of fraudulent Twitter activity.

More than twice as many accounts as normal, according to Bot Sentinel, were suspended and 877,000 terminated between October 27 and November 1.

The figures were calculated by Bouzy and Bot Sentinel by first examining their fraction of users to see how many were suspended or deactivated, and then by dividing that number by the overall number of Twitter users.

According to the company, there are approximately 237 million “monetizable daily active users” on Twitter. In order to comment on the news, the firm could not be contacted.

They discovered that 0.59 percent of the users they track had been suspended or deactivated, which indicated a spike in account losses of 208% when compared to the times just before Musk bought the business.

Bouzy cited Twitter users’ complaints over Musk’s takeover to explain why many users may have permanently stopped using the service.

We think that those who are outraged about Elon Musk buying Twitter have decided to delete their accounts in protest, which is why the number of deactivations has increased, he said.

He said that many accounts were terminated, in his opinion, in part because users sought to see what kind of hate speech the platform’s new leadership would tolerate.

We also think the rise in suspensions is the result of Twitter taking action against accounts who deliberately break the rules to test the bounds of free expression, the man said.

Between October 24 and October 31, searches for “How to erase Twitter” increased by 500% globally, according to security company VPNOverview.

Another study by Network Contagion Research Institute revealed that in the 12 hours after Musk’s announcement that the acquisition was closed, usage of the N-word on Twitter spiked by about 500%.

As part of the business transformation, just 15 individuals presently have the ability to delete content on Twitter, according to Bloomberg.

Bouzy said that the platform may wind up being utilized less and less as a result of the massive user exodus.

I think it will become a big issue for the site if consumers keep mass-deactivating their accounts, said Bouzy.

“Twitter will not be any different from Parler or Truth Social if left-leaning and marginalized individuals abandon the network.”

Staff members’ capacity to prevent false information may be hampered since they won’t be able to manually alter or penalize accounts.

Additionally, Musk is anticipated to eliminate 50% of all Twitter positions on Friday and implement a divisive $8/month blue check-mark fee for verified users on Monday.

Congresswoman Alexandria Ocasio-Cortez (AOC), a well-known Twitter user, called out Musk for attempting to sell “free speech” with the blue check price, to which Musk responded, “Your comment is appreciated, now pay $8.”

AOC, 33, isn’t afraid to voice her ideas on the creator of SpaceX, and on Tuesday night she criticized Musk for the idea.

She said, “Lmao at a billionaire attempting to sell people on the concept that “free expression” is really a $8/[month] membership plan.”

Other Twitter users may confirm that other users are who they claim to be by looking for a blue tick badge.

He first proposed $20 per month for verification, but after talking with horror author Stephen King earlier this week and offering him a discount, he seemed to reduce the price.

“$20 each month to maintain my blue check?” F*** that, they need to compensate me,’ King stated in a letter to his 6.9 million fans. “If it becomes law, I’m out like Enron,” someone said.

However, Musk seemed to be in the mood to bargain after noting the author’s grievances.

“We must find a way to pay the bills!” Twitter can’t only depend on sponsors. Would you like $8?” he said.

King is not the only Twitter user with a blue checkmark who has threatened to remove their check marks if a fee is added to the service.

Kathy Burke, an actress, writer, and comedian, said that she would not pay.

With his plan to charge blue-tickers, Musk should f*** off. This terrible site gets all I have for nothing. He should be paying ME, you cheeky b****. In any case, don’t need the poxy item.

The 3,700 staff members who would be affected by the cuts—roughly half of the whole workforce—would replace the five high-level executives who left their positions in the last week.

Since paying $44 billion for the San Francisco-based social networking business, Musk has been seeking for ways to cut expenses and boost income.

Some have opposed Musk’s well-publicized action, claiming that the platform’s most important users provide the material that gives it worth. Others have said that prior efforts by businesses to monetise something that was previously free have mostly failed.