Skip to content
Home » News » News » Dashawn Holland, 34, was killed when a 2020 Tesla Model 3 merged into his lane and struck the back of his Harley Davidson motorcycle 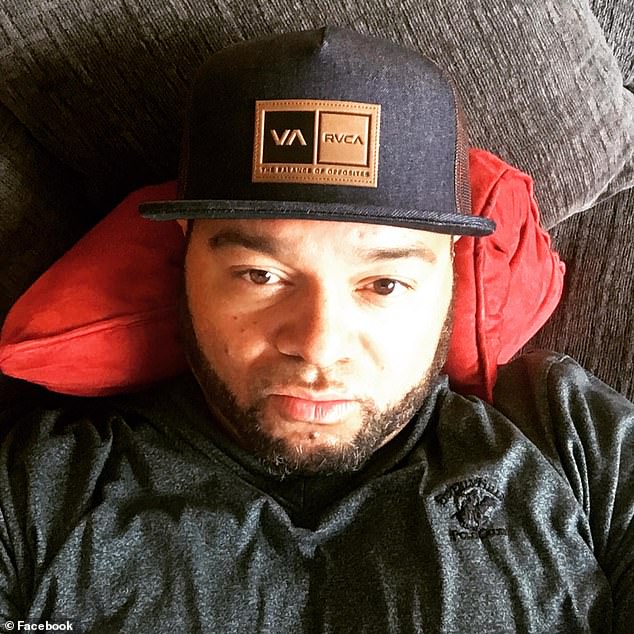 The latest in a run of deadly accidents using self-driving technology occurred early on Sunday morning when a Tesla travelling on Autopilot struck and killed a motorcyclist on a Utah highway.

When a 2020 Tesla Model 3 merged into his lane and smacked the back of his Harley Davidson motorcycle, sending Dashawn Holland, 34, flying from the motorcycle, he was killed.

Holland, a single parent, passed away from his injuries on the spot.

The unnamed Tesla driver “said he had the Autopilot setting on and did not see the biker,” according to the Utah Department of Public Safety.

The National Highway Traffic Safety Administration launched a special investigation into the collision, making it the 38th incident since 2016 in which Tesla’s cutting-edge driver assistance technologies, like Autopilot, were thought to have been in operation.

It’s unknown if the Tesla driver has been charged or has been apprehended.

One of those incensed by the death that seemed to be unavoidable was Samuel Case, a friend of Holland’s.

He said on Facebook, “This was a buddy’s brother of mine, f**king ridiculous.”

“He was driving home in the HOV lane, minding his own own, when a Tesla on Autopilot rear-ended him.

He ought to be awake right now. Though he ought to be with his family, no! Along with distracted driving, another issue that affects us all is the possibility of being hit by an autopilot automobile. #F**kTesla #F**kselfdrivingcars.’

These investigations into Tesla-related deaths have reportedly resulted in a total of 19, including the most recent fatal Utah crash.

The NHTSA has launched an inquiry into Tesla’s automatic driving systems for the third time in a single month.

The company’s vehicles tell users of its Autopilot software that they should always retain their hands on the wheel and be prepared to take control of the vehicle.

Some Autopilot accidents have been connected to parked emergency vehicles, whose lights and reflectors could be confusing to the Tesla’s sensors as it plots its autonomous course.

Holland’s accident happened just one week after the NHTSA announced it had launched a special investigation into the July 7 crash of a 2021 Tesla Model Y that claimed the life of a motorcyclist, 48, in California.

The NHSTA started looking into a wreck that happened at a Florida rest stop just two days after that one, where a couple’s Tesla smashed into the back of a Walmart truck and tore off its roof.

Both the 66-year-old female driver and her 67-year-old male passenger died in the accident.

That accident was remarkably similar to a number of Tesla collisions that have happened since 2015 in which the drivers perished after their vehicles collided with tractor trucks and ended up underneath them.

The NHTSA routinely opens more than 100 special crash investigations each year on new technology and other possible auto safety problems, which have in the past, for example, assisted in the development of air bag safety regulations.

Before it could request a recall, the NHTSA had to upgrade its defect investigation into 830,000 Tesla cars equipped with Autopilot in June.

After nearly a dozen collisions in which Tesla vehicles collided with stopped emergency vehicles, the NHTSA began a preliminary study to evaluate the operation of the system in 765,000 vehicles. Last month, it reported that it had detected six further crashes.

Steven Cliff, the administrator of the NHTSA, stated to Reuters earlier this month that he wants to wrap up the investigation of Tesla’s Autopilot “as rapidly as we can, but I also want to do it right.” There is a lot of data that has to be sorted through.

Six people died and five people suffered serious injuries in those crashes, which took place between July 1, 2021, and May 15, this year.

The vast majority of those crashes, 273 out of 392, involved Teslas.

After the NHTSA issued a directive in June 2021 requiring automakers and tech firms to immediately report any crashes involving advanced driver assistance systems (ADAS) and vehicles outfitted with automated driving systems being tested on public roads, international automakers made the disclosures to the agency.

90 Hondas and 10 Subarus were involved in the remaining 12 crashes employing ADAS technology that were reported by 12 OEMs.

Less than five instances were reported by each of Ford Motor, General Motors, BMW, Volkswagen, Toyota, Hyundai, and Porsche.

»Dashawn Holland, 34, was killed when a 2020 Tesla Model 3 merged into his lane and struck the back of his Harley Davidson motorcycle«