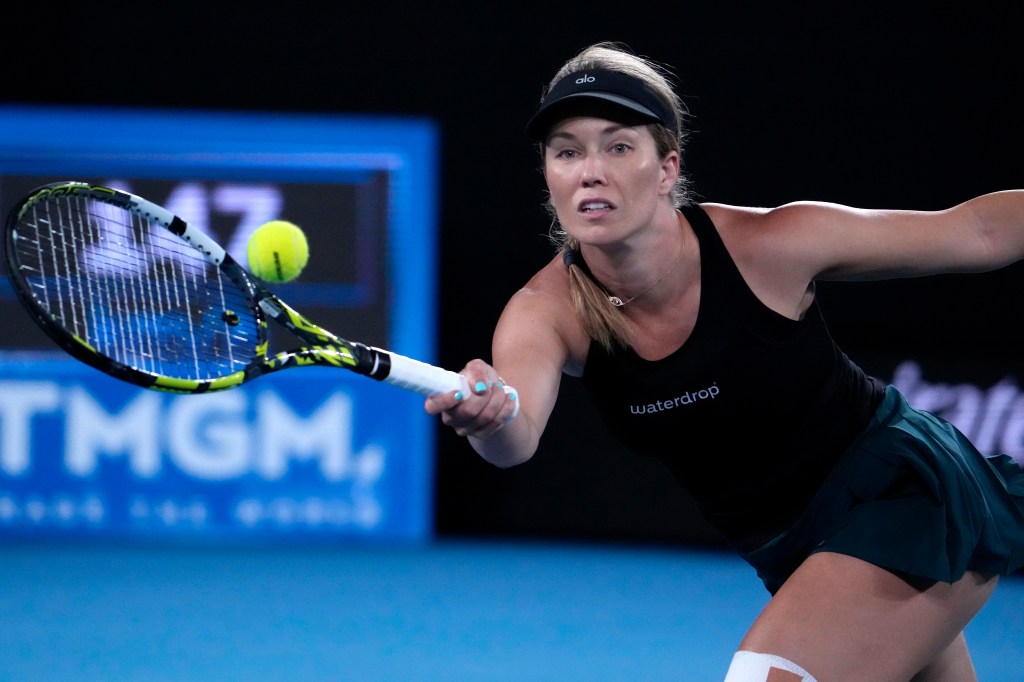 Danielle Collins raised her hands in victory after a tough and arduous Australian Open victory.

There was only one issue. She had not in fact won.

Collins’ victory celebration against Karolina Muchova on Wednesday occurred with a 7-3 lead in the third-set tiebreak. However, in Grand Slams, the maximum number of points in a match-deciding tiebreaker is 10. The thirteenth-seeded American dropped the next two points, but prevailed to progress to the third round with a 10-6 victory.

Collins stated, “I was a little embarrassed” during the on-court interview. Never before have I been required to play a tiebreak in the third set of a Grand Slam.

In recent years, all four Grand Slam tournaments — the Australian Open, French Open, Wimbledon, and US Open — have adopted this new tiebreak system.

Collins stated, “I thought the match was over.” At least you didn’t face plant, I reassured myself. I have to maintain perspective… I am not really proficient with the score, so I may need to practice on that.”

Muchova defeated Collins, 29, in the opening set before Collins won the second set, 6-2. The contest lasted two hours and fifty-five minutes. Melbourne’s second-round match did not conclude until after 1:00 a.m. because of weather and heat delays during the previous two days.

Collins is visiting the site of her greatest tennis achievement after reaching the finals in Australia last year, where she was defeated by former No. 1 player Ash Barty, who has since retired from the sport.

Collins now meets 23rd-ranked Russian Elena Rybakina in the third round, with top-seeded Iga Swiatek awaiting the winner in the round of 16.