Skip to content
Go Home «» News «» World News «» Dancer who crushed by a mechanical tree on a film shoot is suing for £300,000 in damages 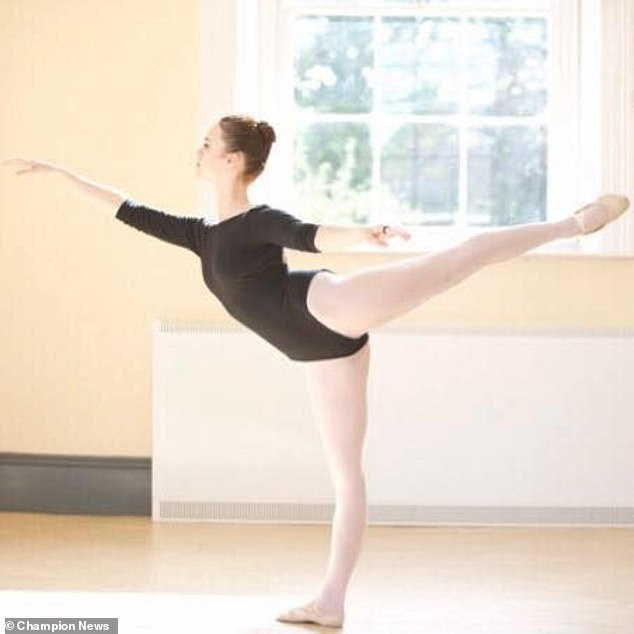 A dancer who had severe back injuries after being crushed by a mechanical tree in a weird accident on a film production is seeking over £300,000 in damages.

Keira Johnson, a performance artist who has worked for the Royal Opera House, was injured while filming a commercial in Poland last September when a tree perched on a mechanical stump collapsed on her.

According to records filed in London’s High Court, The Bath Dance College graduate from Oakhill, Somerset, was filming a two-minute advertisement depicting her and another actor sprinting through a forest and ‘knocking over trees’ when the disaster occurred.

Using trees mounted on a “mechanical pivot or hinge” and programmed to collapse at the appropriate moment, the special effects crew had constructed a technique to create the illusion of actors crashing through the woods.

In September of last year, Keira Johnson, a former Royal Opera House performer, sustained severe back injuries when a tree erected on a motorized stump collapsed on her while filming an advertisement in Poland.

The attorneys representing Ms. Johnson, however, claim that she suffered “serious” back injuries after a tree that was supposed to fall via a special effects system fell prematurely and landed on her.

She is now suing the London-based advertising agency that employed her, DDB UK Limited operating as Adam and Eve DDB, for “damages in excess of £300,000 for personal injury.”

Despite conceding that she sustained serious injuries on site, the advertising firm rejects responsibility for compensating her.

In response to the lawsuit, the company’s attorneys assert that while DDB hired her as ‘talent’ for the film, it was not her employer and had nothing to do with setting up the shoot or creating, constructing, or operating the mechanical trees.

According to court filings, Ms. Johnson was one of two performers contracted by DDB to star in the advertisement, which was scheduled to be recorded in Warsaw last September.

She signed a contract stipulating that she would receive £350 per day for filming, plus up to £38,000 if the final product was broadcast on television and used in a print media campaign.

The claim filings filed by Ms. Johnson’s attorneys state: ‘This is a claim for personal injuries, pain, and consequential loss resulting from an accident that occurred on September 7, 2022, while the claimant was performing artist for the defendant.

“The defendant is a public relations firm and the claimant’s former employer. During filming, a tree that was supposed to collapse due to a special effects device fell prematurely and struck the claimant, causing severe injuries. The accident itself demonstrates the defendant’s negligence.

However, in their response to the lawsuit, the ad agency’s attorneys claim that after hiring the “talent” and developing the concept for the shoot, they delegated duty to a “well-established, award-winning film production company.”

“While the defendant conceived the idea of two people running through and knocking down trees, (the production company) decided to use a mechanical pivot or hinge technique to lower the trees as the actors ran through them, as opposed to, for instance, using computer-generated imagery,” say the advertising agency’s attorneys.

Barrister James Medd, representing DDB, claims that the production company “was in charge of filming the scene, and the claimant acted under (its) direction.”

The camera then followed the claimant and the other main artist as they ran through the set while falling trees were released remotely by the special effects department.

“The accident occurred on the fifth attempt of this profile action…the claimant touched the first tree, and the second tree fell prematurely, landing on her back and causing her severe injury.” The first tree collapsed immediately after the second.

Ms. Johnson is now suing the advertising agency in London that employed her, DDB UK Limited, operating as Adam and Eve DDB, for “damages for personal injury in excess of £300,000.”

The attorney continues, stating, “It is denied that the defendant had any significant “level of control” over the filming site or what occurred there.

“The defendant has no personal knowledge of the precise design and construction of the device that caused the trees to fall,”

“It is conceded that the scenario presented dangers, but it is denied that these risks were such that they could not have been avoided or controlled via the exercise of reasonable skill and care by a competent production firm and/or competent personnel acting under its direction.

‘It is denied that filming the sequence was especially perilous, regardless of the safeguards adopted.

The defendant is unaware of what caused the second tree to fall at the incorrect time. However, it seems most likely that the individual whose task it was to press the buttons to lower the tree pressed the incorrect button or buttons, or pressed a button or buttons at the wrong time, or that the technology designed to regulate the tree-lowering operation malfunctioned.

“The defendant acknowledges that the accident should never have occurred and asserts that it was in no way the claimant’s fault.”

‘However, the defendant rejects legal or factual liability for either of these causes.

The defendant was not responsible for providing or implementing risk assessments. The defendant relies on the fact that the defendant supplied risk evaluations (the production company).

“If any of these risk evaluations were deficient, it was owing to the negligence of (the production business) or its subcontractors.

The barrister writes, “While it is again admitted that the plaintiff has suffered serious personal injuries, it is denied that these were caused by the defendant’s negligence.”

In the materials now accessible from the court, neither the exact nature of Ms. Johnson’s’serious’ injuries nor the product that the film was intended to advertise were specified.

The only defendant in the lawsuit is DDB UK Limited, and the production firm is not involved.

»Dancer who crushed by a mechanical tree on a film shoot is suing for £300,000 in damages«