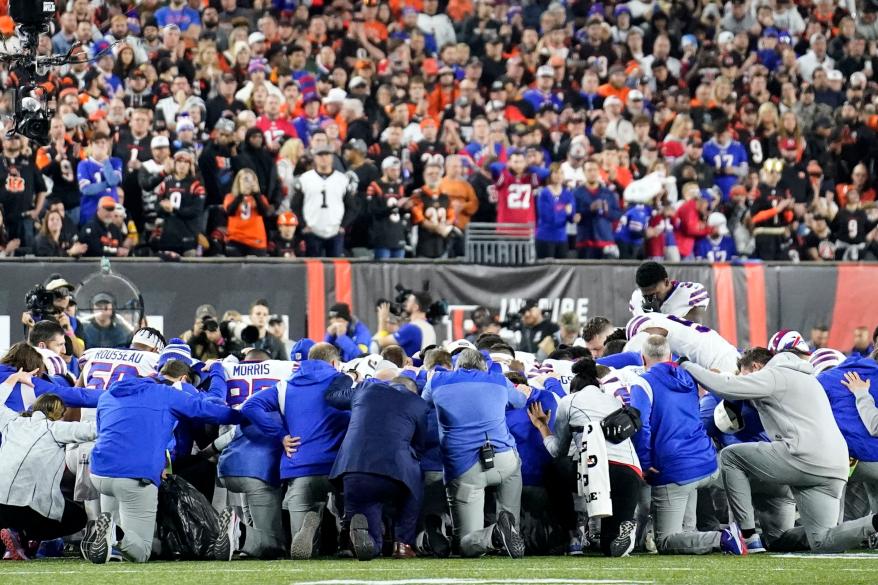 Since Damar Hamlin suffered a cardiac attack on “Monday Night Football,” the phrase “prayers and thoughts” has been said, texted, and tweeted numerous times.

On Tuesday, one ESPN analyst took the statement to heart and prayed for Hamlin live on television.

During Tuesday’s edition of “NFL Live,” Dan Orlovsky said a prayer for the Buffalo Bills safety, whose condition remains serious.

Orlovsky stated, “God, we come to you in these moments that we don’t understand and are difficult because we believe that you are God and that going to you and praying to you has an effect.”

“We are sad, we are outraged, and we demand answers, but some questions cannot be answered. We simply want to pray, sincerely come to you and pray for Damar’s strength, his healing, his comfort, and for you to be with his family and bring them peace. If we believed that prayer was ineffective, we would not be requesting this of you, God. I believe in prayer, we believe in prayer. The name PR for over nine minutes on the field before being transported in an ambulance to a local hospital’s acute care unit.

“We are happy and appreciative for the outpouring of support we have thus far received,” the Bills stated in a statement released Tuesday afternoon.

Tuesday, Hamlin’s family released a statement expressing “sincere thanks” for the outpouring of support they got during a “difficult period” Additionally, they acknowledged the more than 150,000 admirers who had contributed nearly $4 million to his toy drive charitable fund.

“On behalf of our family, we would like to convey our heartfelt appreciation for the love and support provided to Damar during this difficult time. We are tremendously moved by the prayers, sweet thoughts, and donations of fans from throughout the nation,” the message read.

Hamlin has spent the last two nights in an intensive care unit, and the NFL said Tuesday morning that the postponed game will not be completed this week.