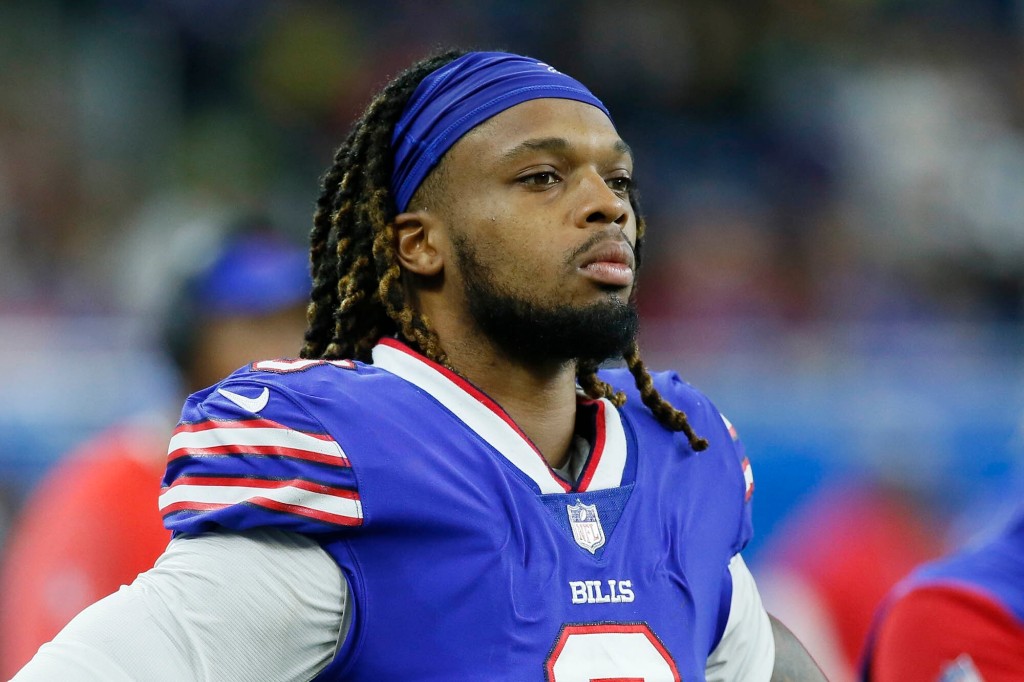 The Bills reported late Monday evening that Damar Hamlin experienced heart arrest before falling on the field and was taken to a local hospital.

Near the end of the first quarter of their “Monday Night Football” game, the 24-year-old safety tackled Bengals receiver Tee Higgins. Following the accident, when Hamlin sought to regain his footing, he fell back to the ground. As the situation rapidly deteriorated, teammates urgently signaled for medical personnel, and an ambulance whisked Hamlin off the field and to the University of Cincinnati Medical Center.

On the field, CPR was administered to Hamlin, who is in critical condition.

“Damar Hamlin experienced a heart attack following a hit during our game vs the Bengals,” the Buffalo Bills tweeted late Monday night. His heartbeat was recovered on the scene, and he was taken to the UC Medical Center for more testing and treatment. Currently, he is sedated and in critical condition.

Jordon Rooney, Hamlin’s agent, reported that Hamlin’s vital signs had returned to normal at the hospital.

Hamlin’s marketing agent at Jaster Athletes, Rooney, stated on Twitter, “They have put him to sleep in order to insert a breathing tube.” “Currently, they are doing experiments. We will offer updates as they become available.”

After being momentarily stopped for more than an hour, the NFL opted to suspend the game for the evening and try to make it up later. The Bengals held a 7-3 advantage when the game was called.

Despite ESPN’s assertion that the two teams were allowed a five-minute warm-up session before attempting to resume play, the NFL denies that they attempted to do so.

Damar Hamlin is brought by ambulance to a local hospital.

“It never occurred to me to discuss warming up to resume play,” NFL executive vice president and 15-year veteran player Troy Vincent told reporters in a conference call. This is absurd, insensitive, and not a position we should ever be in.