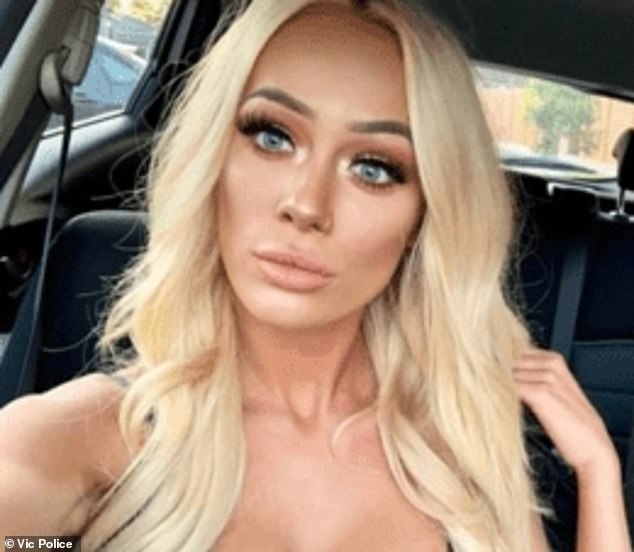 A popular young hairdresser who mysteriously vanished while out with friends has not been seen or heard from in a week, as evidenced by her disturbing final Instagram post.

Dakota Lee Nagel, age 24, left her Doncaster residence in Melbourne’s north-east at 2:00 a.m. on January 8 to attend a number of clubs and bars in Prahran and South Yarra.

Since Sunday afternoon, when she left her pals, she has not communicated with any friends or loved ones.

When her mother reported her missing three days later on Wednesday, police initiated an inquiry.

A week after the hairdresser disappeared without a trace, a public plea was ultimately issued.

Ms. Nagel’s hair extension company posted a farewell Instagram photo of her family’s deceased dog on Tuesday, January 10, two days after she was last seen or heard from.

The urgent search for the missing woman from Melbourne has reached its second week.

Tuesday’s Instagram post of a photo of Ms. Nagel’s deceased family dog has caused alarm among her family and friends.

Concerned friends of Ms. Nagel have flooded the unsettling post with messages pleading for her to return home.

“Return home safely, Daks. Everyone is concerned about your well-being. So many people adore you,’ one wrote.

Another buddy said, “I hope Dakota is safe.” I have submitted this photograph to Crime Stoppers so they can perhaps determine where it was placed.

One user commented that the image resembles the wallpaper of a locked smartphone.

One of Ms. Nagel’s acquaintances responded, “Yes, it is significant because she has been missing since the 8th, and the document is dated the 10th.”

Ms. Nagel’s disappearance is deemed out of character by her friends, family, and the police, who are deeply concerned.

She frequently frequents licensed establishments in the Prahran area, according to authorities.

It is unusual for her to have not communicated with anyone for this period of time, but she has occasionally been silent for a day or two.

Ms. Nagel was last spotted wearing a hot pink crop top with a Playboy bunny emblem on the front on Sunday, but it is possible she has altered her attire since then.

Police think she has been in the Prahran, South Yarra, CBD, and Southbank regions since January 8.