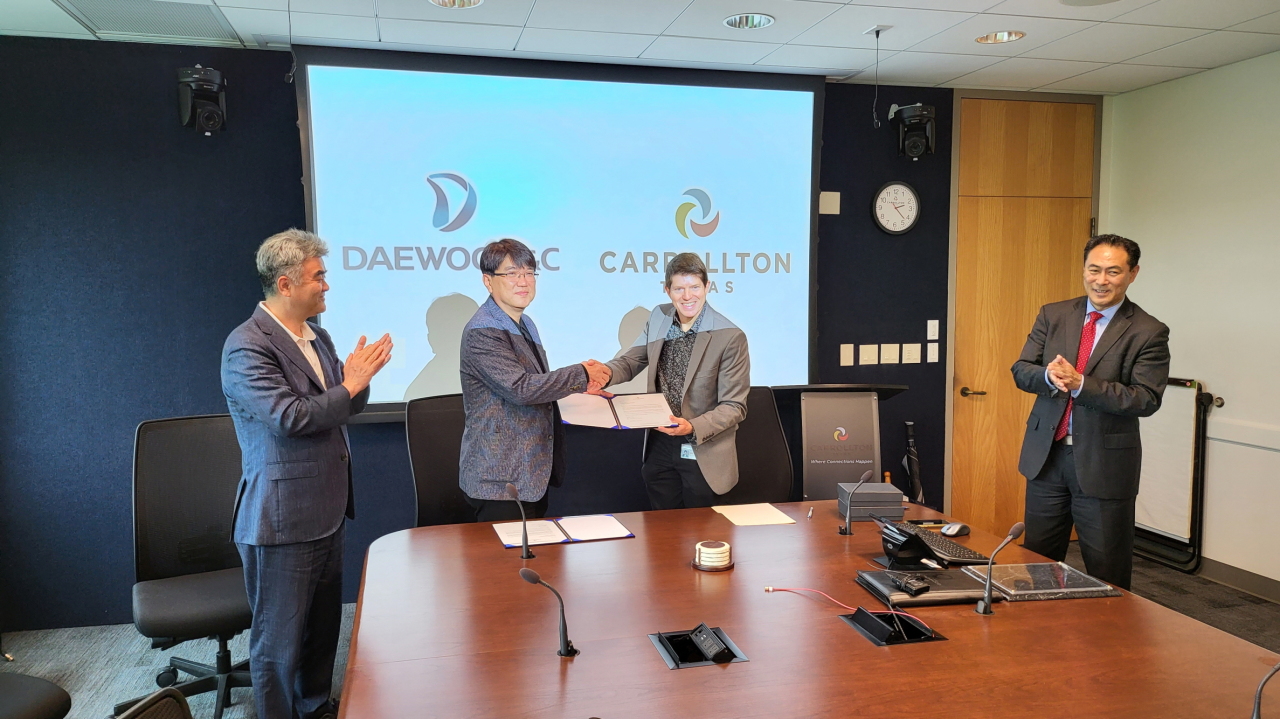 Daewoo Engineering & Construction has teamed up with its parent company Jungheung Group to accelerate its business expansion in the all-important US market.

According to Daewoo E&C on Monday, Jungheung Group Vice Chairman Jung Won-ju and its business delegation signed a memorandum of understanding with the city of Carrollton, Texas last Thursday to carry out development projects in the US city.

Carrollton, located near Dallas, has one of the most developed Korean American communities in the state. Under the deal, Daewoo E&C will be developing an area of 486,000 square-meters in Carrollton.

“Texas of the United States has the highest growth potential and the greatest growth value in real estate investment, as it is home to high-tech companies and is to emerge as a hub for future growth,” said Jung in an interview with local reporters.

This MOU follows a similar deal between the Korean builder and the Texan city of Lewisville on May 3.

On Friday, Daewoo E&C also signed a letter of intent with New Jersey, a northeastern US state, to construct a 20-floor residential building with 370 housing units.

The company said the building, located near a shopping mall and a supermarket with a view of the Hudson River and New York City’s Manhattan, is expected to attract interest from potential residents.

The company added that Korea’s unique floor heating system, ondol, will be adopted for the construction to introduce Korean-style housing to the US.

Daewoo E&C plans to establish a local corporation and a special purpose company in the US to promote active investment and projects within the country.

“Our new projects in the US have become an opportunity to affirm our synergy with Jungheung Group, which has rich know-how about city development projects. Daewoo E&C will continue to expand its portfolio to promote sustainable growth and become a global leader in the construction industry,” said an official from Daewoo E&C.

Daewoo E&C became part of the construction conglomerate Jungheung Group last month. Jungheung is the parent company of Herald Corp., the publisher of The Korea Herald.