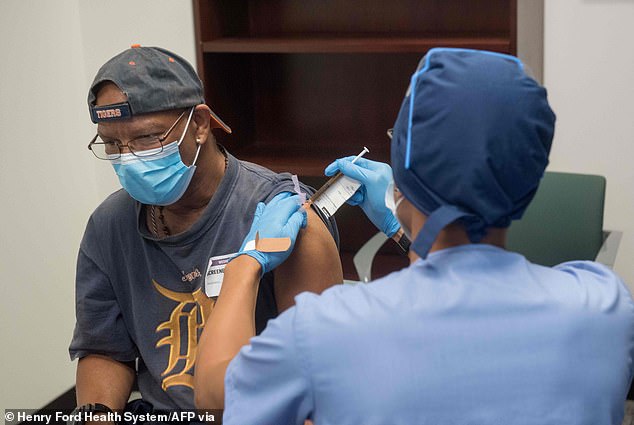 According to a recent examination of coronavirus statistics, white Americans are now more likely than black Americans to die from the Covid-19 virus.

Experts were astonished by the change.

The epidemic, which has already lasted for two and a half years, has been characterized by an imbalance in mortality rates across the nation’s racial groupings, but it was not anticipated that the ratio would change.

Experts attribute the fact that Covid-19 killed more black people than white people from the beginning in early 2020 to differences in the availability to healthcare provided to the various populations and the prevalence of underlying health issues.

Black, Latino, and Native Americans together had a 60% higher risk of dying from Covid-19 than their White counterparts because to unequal exposure, dissemination, susceptibility, and treatment in areas that required the greatest protection against the virus.

The racial disparities in Covid-19 fatalities, however, started to disappear when the Delta variant peaked in September 2021, according to a Washington Post research.

But White fatalities climbed gradually until the ratio between the two groups flipped, Black deaths decreased while White deaths never did.

The Centers for Disease Control and Prevention (CDC) data was used by The Washington Post to analyze each death that occurred during the epidemic (CDC).

It was discovered that early on in the crisis, there was a glaring racial inequality in densely populated metropolitan regions, where Black people died at a rate that was many times higher than that of White people. Memphis and Fayette County were given as instances.

The disparity in mortality rates changed over time, growing and shrinking, but it didn’t completely disappear until mid-October 2021. The mortality rate among White Americans then increased faster than that of other groups for the first time throughout the epidemic.

When the Omicron variation spread wildly across communities in the winter of 2021–2022, the ratio once again shifted, with Black mortality rates once again outpacing White death rates and overwhelming healthcare professionals in the Northeast.

The Black mortality rate again fell below the White rate once this spike faded, and it has stayed about equal to or higher ever since.

In order to understand why this has happened, the Post first emphasized how Covid-19 functions before claiming that decades of racial and economic inequality that were engrained in America even before the epidemic started had an impact on the virus’ spread.

Serious disease and mortality are more likely to affect the elderly and those with underlying medical disorders including hypertension, diabetes, and obesity.

Due to causes like stress, individuals of the Black communities in America tend to develop all of these underlying health disorders at a younger age.

According to surveys, unvaccinated adults are more inclined to vote Republican, but the illness is also worse for them, the Post said. Infection, serious disease, and death are all significantly more likely for those who have not had vaccinations.

Covid-19 expanded across the country at a time when politics was already quite politicized. Anti-coronavirus measures, such as vaccinations, lockdowns, and whether to wear masks, became identity-based hot topics in contemporary politics.

These discussions became increasingly heated as the epidemic continued for months and eventually years, causing greater harm from the virus and its various variations.

Black individuals had a death rate from COVID-19 that was more than three times higher than that of White people at the beginning of the epidemic.

As 2020 went on, this disparity shrunk, but not because fewer Black Americans died; rather, it shrunk because more White Americans died.

A ray of optimism appeared in the summer of 2021, when the country-wide rollout of vaccinations resulted to some of the lowest rates of Covid-19 fatalities ever reported.

But as a result of the virus’ mutation, the Delta strain quickly spread across the United States, especially among the unvaccinated. According to The Post, this occurred at a time when people’s faith in institutions like the government, the medical community, and academia was also declining.

This decreased social protection by slowing the adoption of vaccines.

White fatalities surpassed Black fatalities for the first time during the pandemic’s pause between the Delta and Omicron waves, and although Black Americans once again outnumbered White Americans during Omicron, the ratio switched after the greatest Omicron wave passed.

According to Tasleem Padamsee, an assistant professor at Ohio State University who studied the use of vaccines, when a “health discrepancy” is said to be “disappearing,” this indicates that “the worse-off group is improving.”

She said, “We don’t generally imply that the group that had a systematic advantage grew worse.”

According to The Post, many Republicans chose not to get vaccinated and did not heed public health advice, which may have contributed to the unexpected shift.

Closing rural hospitals had a negative impact, and many residents, especially in Republican areas, became weary of security measures like lockdowns and masks.

In the meanwhile, opponents of vaccines promoted alternatives to effective Covid treatments, and some organizations began to stigmatize the usage of items like masks.

Initially, according to The Post, vaccination mistrust among Black and White Americans was about the same. Black communities, according to Padamsee, were faster to get over this reluctance and quickly saw the value of immunization.

Work was done to address racial inequity once the alarm was raised about the harm that Covid-19 presented to the most vulnerable racial groups in America. Access to and acceptance of vaccinations among people of color increased.

Meanwhile, the Post reported that among White conservatives, the idea that vaccinations and other preventive measures violate civil rights has grown.

As one issue was resolved, a new one was emerging, which helps to explain why the difference between the two mortality rates has decreased and flipped.

The change in mortality rates, according to Nancy Krieger, professor of social epidemiology at Harvard University’s T.H. Chan School of Public Health, has “vastly different consequences for public health measures.”

In addition to dealing with “the cumulative effect of injustice” on Black Americans and other disadvantaged groups, she said that authorities now had to figure out how to reach out to Americans who are “ideologically opposed to the vaccination.”