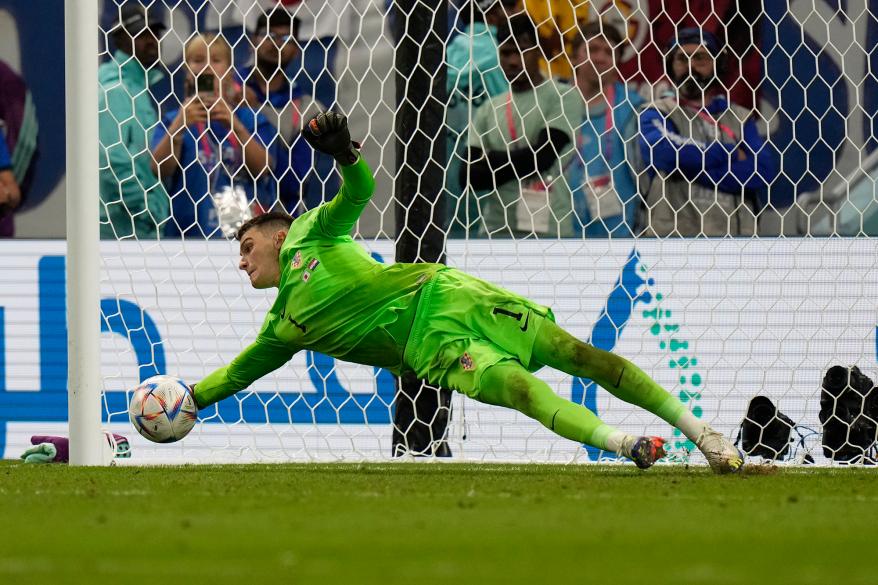 It required 120 minutes and the first penalty shootout of the World Cup in 2022.

Dominik Livakovic was the hero as Croatia advanced to the quarterfinals of the 2022 World Cup with a 3-1 shootout victory against Japan following a 1-1 draw in extra time.

Takumi Minamino and Kaoru Mitoma were unable to convert from the penalty spot for Japan, as their shots were too weak to allow Livakovic to reach them in time. Livakovic made an outstanding third save on Maya Yoshida after Marko Livaja opened the door by hitting the crossbar.

From that point on, it was simple for Mario Pasalic to seal the victory for Croatia.

Livakovic, who was born in Zadar, Croatia, presently plays for Dinamo Zagreb. The goalkeeper was a member of the 2018 World Cup squad that advanced to the championship game, but this moment will rapidly become legendary.

After gaining the lead in the 43rd minute on a goal by Daizen Maeda, Japan largely retreated for the remainder of the play. Ivan Perisic equalized for Croatia in the 55th minute, and as the remaining minutes passed, both teams seemed to accept that a shootout was inevitable.

The decision that will be discussed is Zlatko Dalic’s substitution of Lovro Majer for Luka Modric in the 99th minute of extra time. One of the world’s top midfielders, Modric, was forced to watch as Croatia’s World Cup fate was determined.

On December 5, 2022, Croatia players rejoiced after defeating Japan via penalty kicks in the World Cup.

As Croatia converted three of its four penalty kick opportunities, it became evident that the decision would not cost it the match.