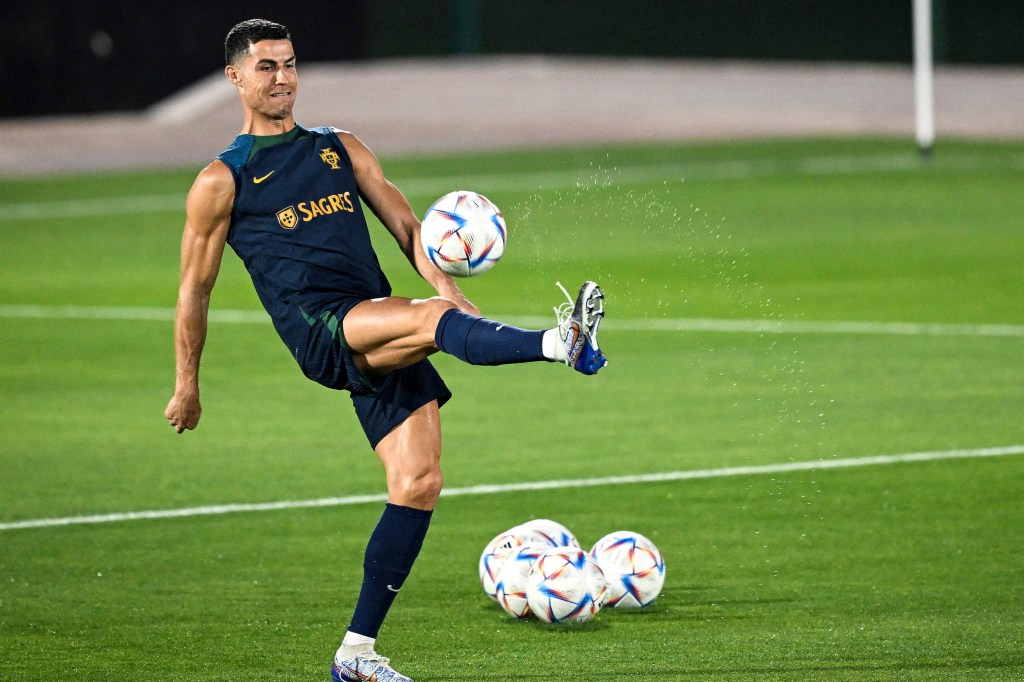 Cristiano Ronaldo was expected to depart Qatar shortly after being benched for Portugal’s Round of 16 match against Switzerland, according to reports from Portugal.

The Portuguese defeated the Swiss by a score of 6-1. In his debut as a starter, Ronaldo’s replacement, Goncalo Ramos, scored a hat trick.

The 21-year-old became the youngest player since Pele in 1958 to score three goals in a World Cup knockout match, validating the decision of coach Fernando Santos to bench Ronaldo.

Ronaldo, who replaced Ramos late in the game, scored a goal that was ruled offside.

It follows the last group match, in which Ronaldo reacted irritated when Santos replaced him.

Ronaldo was benched for “strategic” reasons in the next match.

On December 8, 2022, Cristiano Ronaldo trains with Portugal after being benched for the World Cup knockout stage.
AFP Images via Getty

Ronaldo departed the field in a huff, separating himself from his teammates after the Swiss were defeated. His girlfriend also appeared angry.

It has prompted Portuguese publication Record to suggest that Ronaldo was planning to leave the World Cup just as the tournament entered the knockout stage.

Ronaldo reportedly had a “tense” chat with coach Santos after being told he would not start against Switzerland and threatened to quit immediately.

Ronaldo reportedly “came to his senses” and “soon changed his mind” after realizing Portugal had as good a chance as any remaining team to win the championship and his importance to team morale.

However, the Portuguese Football Federation has disputed the rumors, stating that Ronaldo has never threatened to leave.

“The FPF affirms that at no point during the stay in Qatar did Selecao captain Cristiano Ronaldo threaten to leave the national team,” stated the federation.

Every day, Ronaldo accrues a record of excellence at the service of the national team and the nation, which must be appreciated.

The FPF stated that Ronaldo’s attendance versus Switzerland demonstrated his continued dedication to the cause. Ronaldo is the Portuguese player with the most international appearances and the top scorer in men’s international history.

Ronaldo took to social media after the game, giving the impression he had no bitter feelings.

“Amazing day for Portugal, with a historic result in the most important football tournament in the world,” he added.

On December 8, 2022, Cristiano Ronaldo trains with Portugal after being benched for the World Cup knockout stage.
AP

“Luxurious exhibition by a team brimming with ability and youth. Our Selection is worthy of praise. The fantasy lives on! To the very end! Go forward, Portugal! ”

Perhaps he calmed down after leaving in a rage. Maybe …

On Saturday, Portugal will face Morocco in the quarterfinals, and Ramos may again start ahead of Ronaldo.

After Wednesday’s match against Switzerland, the five-time Ballon d’Or winner did not practice with the other substitutes but instead participated in a gym session with the starting eleven.