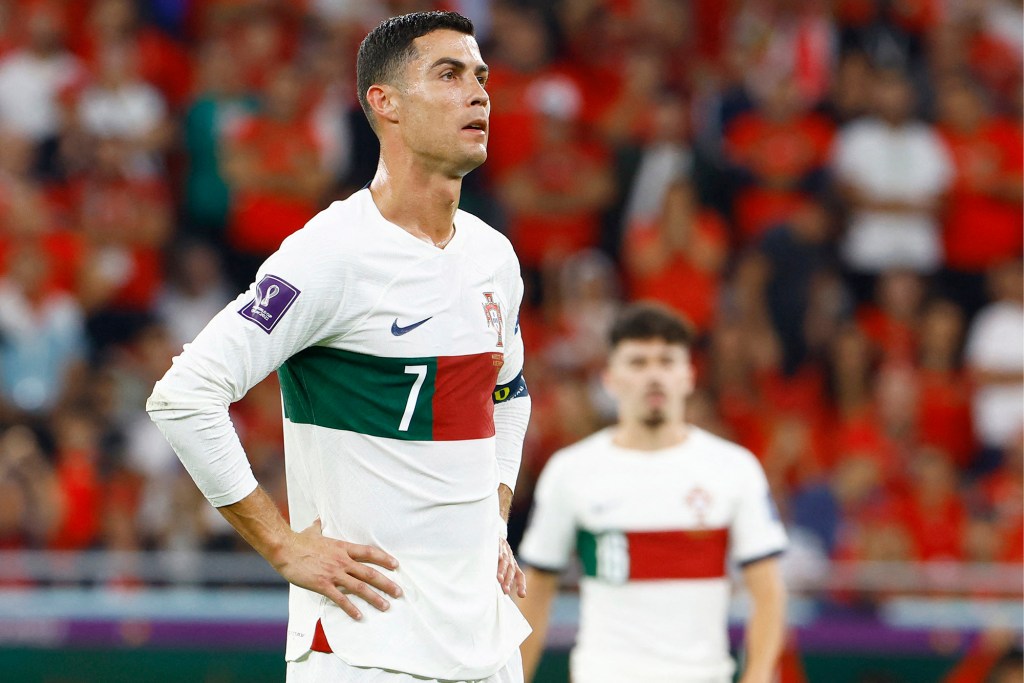 Morocco has cemented its place in World Cup history, while Portugal has been eliminated in a contentious and unceremonious manner.

The conversation following Morocco’s 1-0 quarterfinal victory over Portugal will inevitably center on Cristiano Ronaldo, who was not included in the starting lineup for the second consecutive game, whose international career is likely over, and who, if that is the case, has now gone his entire Portugal career without scoring in the World Cup knockout round.

In reality, if this World Cup ends up being Lionel Messi’s last great victory, it is also the time when Ronaldo’s pomp and ceremony came to a grinding conclusion. From his pre-tournament interview with Piers Morgan to his dismissal from Manchester United to his effort to take credit for a Bruno Fernandes goal in the group stage, the previous few weeks have been nothing but cringe-worthy.

According to sources, if Ronaldo ends up playing in Saudi Arabia, he will complete his career away from the attention that he so plainly craves. In this game, Ronaldo’s effect after entering in the 51st minute was almost as expectedly modest. Portugal was able to go on the offensive, but its hero was unable to produce the type of moment that Messi gave for Argentina less than twenty-four hours earlier.

Joo Félix’s effort in the 81st minute was destined for the top corner until Moroccan goalkeeper Yassine Bonunu got a hand on it. Ronaldo was denied by Bonunu in the 91st minute after a cutting through ball set him up on the counterattack. Pepe’s header in the 97th minute just missed the post, and Portugal could not find an equalizer in the eight minutes of stoppage time.

As it has been throughout the tournament, Morocco’s defense and counterattack were resolute. Youssef En-Nesryi scored the game-winning goal in the 42nd minute with a diving header past Diogo Costa.

Incredibly, this allowed Morocco to become the first African team to reach the World Cup semifinals. Wednesday afternoon, it will either face England or France.