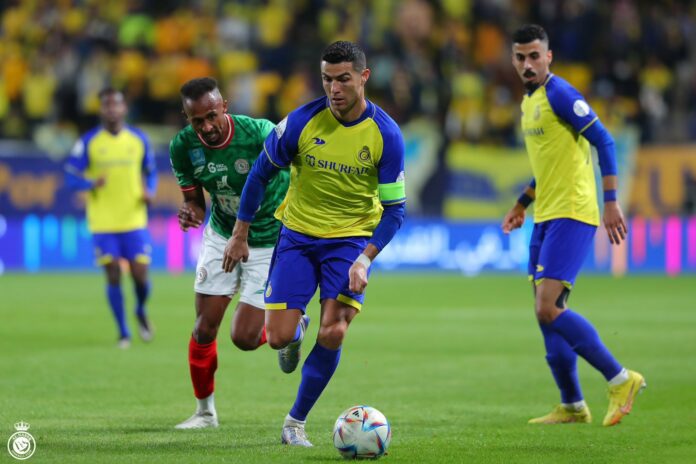 Sunday marked Cristiano Ronaldo’s long-awaited debut for Al-Nassr with a 1-0 victory over Ettifaq in the Saudi Pro League.

Ronaldo was pivotal in the team’s narrow triumph, which was aided by a first-half goal by Brazilian Anderson Talisca, who scored with a close-range header after Ronaldo misplayed the ball.

First game, first victory – congratulations! Thank you to all the fans for your great support. pic.twitter.com/vmgwE8TgVo

The Portuguese international signed with the Saudi Arabian club in early January, although his debut was delayed by a two-match suspension given by the English FA during his 2022 tenure with Manchester United.

On Thursday, the Saudi Arabian public was able to see the Portuguese superstar play for a combined Al Nassr and Al Hilal XI in an exhibition match against Paris Saint-Germain (PSG).

The 37-year-old played against Neymar, Kylian Mbappe, and his longtime adversary Lionel Messi. Both Ronaldo and Messi scored in a nine-goal thriller in which PSG prevailed 5-4.

Ronaldo is expected to lead his team in Thursday night’s top-of-the-table match against Al-Ittihad. Al-Ittihad is presently third on the standings with 31 points, while Al-Nassr is first with 33.