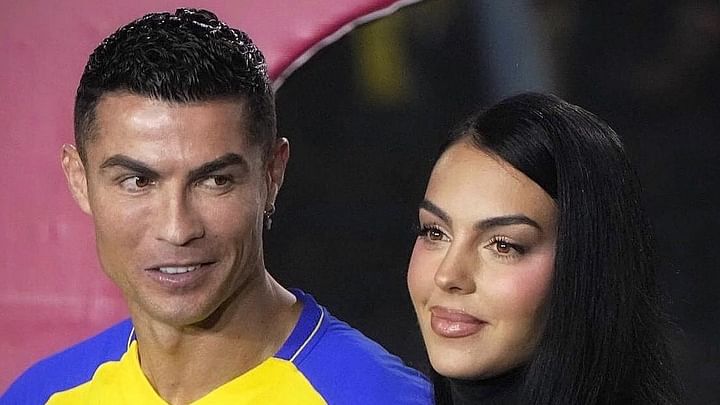 Cristiano Ronaldo and Georgina Rodriguez, his fiancee, are planning to flout the law in Saudi Arabia by living together.

By living together, CRISTIANO RONALDO and GEORGINA will break the law in Saudi Arabia.
Cristiano Ronaldo and Georgina Rodriguez are living together and have two biological children, but they are not married. Therefore, they would be in violation of the law in the country.

This is because it is against the law in Saudi Arabia for unmarried individuals to reside in the same residence.

According to Indian Express, the authorities are not anticipated to penalize them.

“Although the rules continue to prohibit cohabitation without a marriage contract, the authorities have begun turning a blind eye and no longer pursue anyone. Obviously, these rules are utilized when there is an issue or a crime, according to a Saudi attorney quoted in the journal.

“Today, Saudi Arabian authorities do not intervene in this matter [foreigners], but the law continues to prohibit cohabitation outside of marriage,” stated another lawyer, according to the journal.

This follows claims that Ronaldo and Georgina have postponed their wedding due to a rocky point in their relationship.

Gonzalo Vazquez, a journalist, said that the wedding is on hold until after the World Cup.

“The recent disappointment of the player at the World Cup in Qatar with the Portuguese national team may have triggered a crisis, and the wedding they had planned is on ‘hold,'” Gonzalo Vazquez, a journalist, reported.

»Cristiano Ronaldo and Georgina to break law in Saudi Arabia«