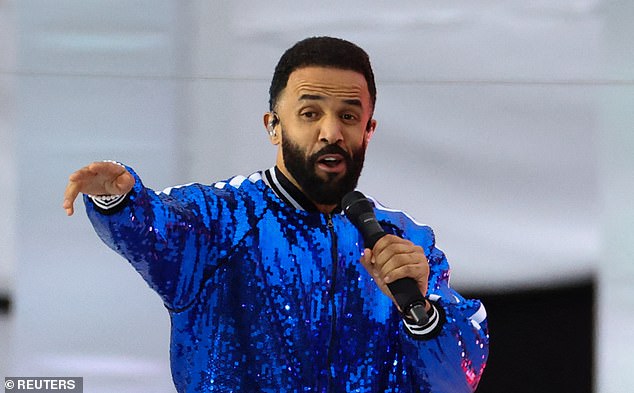 Craig David stated that Prince George went “wild” for his dazzling blue tracksuit during the Platinum Jubilee Party at the Palace.

The nine-year-old was among the royal guests who attended the June concert commemorating the Queen’s 70-year reign. David, 41, reported attending a “little soiree” at Buckingham Palace.

David characterized Prince William as “extremely down-to-earth” and stated that he and his younger brother, the Duke of Sussex, represent a new era for the monarchy.

He stated, ‘It’s almost as if seeing him and Harry and seeing the next generation coming through gives the royal family a different tone.’

Regarding the King, he stated, “I am an ambassador for the Prince’s Trust.”

“He is yet another. He is a man of integrity. When I’ve met him, he has never acted as if he were a member of the royal family.

He is very down-to-earth and a strong champion for the question, “How can we aid the young children?”