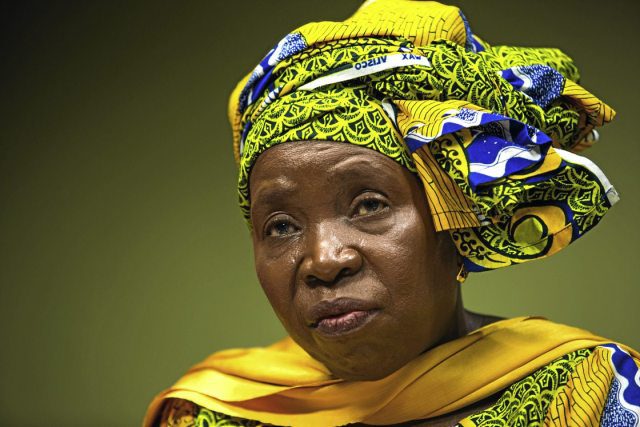 Nkosazana Dlamini-Zuma has been charged with contempt of court after failing to turn over papers relating to the government’s reaction to the Covid-19 outbreak, according to public interest group Sakeliga.

President Cyril Ramaphosa declared a national state of disaster in March 2020, and Sakeliga CEO Piet le Roux said the organization has instructed its legal team to file an application of contempt of court against Dlamini-Zuma in her capacity as minister and head of the department that handled government response to the pandemic.

Le Roux claimed that although Ramaphosa made the late-night statements, Dlamini-Zuma was legally in charge of the choices made.

She is the intended recipient of a request for information and any subsequent court order, according to Le Roux.

According to Sunday World, the documents needed include the records Dlamini-Zuma used to support her choices about the Covid-19 regulations and the extension of the national state of disaster, as well as the justification for the laws and restrictions.

Sakeliga contends that although the organization had asked the minister for specific documents, they were instead given many pages of public record.

Le Roux claims that the documents that have been made publicly available do not contain any records of interdepartmental correspondence, the cigarette ban, or meeting minutes. Dlamini-Zuma is still in contempt of court, according to him, since she disobeyed a court order.

Le Roux stated that Dlamini-Zuma “should have given to Sakeliga by December 22 2022 a variety of records she had relied on while proclaiming the national state of disaster in March 2020 and subsequently prolonging it multiple times” in accordance with an order obtained by Sakeliga on November 9 2022.

This is not what she did. Instead, on Dlamini-direction, Zuma’s the state attorney filed documents pertaining to individual judgements that are already in the public domain. Sakeliga then gave the minister an extended due date of January 6, 2023.

In response to the postponed deadline, the state attorney sent boxes of papers containing over 3,800 pages to our law offices, all of which contained information for the public to participate in and research in preparation for the April 2020 ban on the sale and distribution of tobacco.

The 3 800 pages were taken directly from court records from a case involving the cigarette ban at the time in which the minister was a respondent.

Le Roux noted that although it is obvious that the minister is attempting to “thwart” the court, it is very likely that she will be held in contempt of court and forced to reveal the necessary documents or risk imprisonment.

“The information provided to Sakeliga by the court will throw light on the choices made by Dlamini-Zuma and a government that for more than two years inflicted great harm through unheard-of arbitrary rules and restrictions.

“Sakeliga wishes to express the expectation that the court order we have already secured and any subsequent contempt applications will allow members of the public to hold the state accountable for detrimental actions of the past and to prevent similar mistakes in the future,” he said.