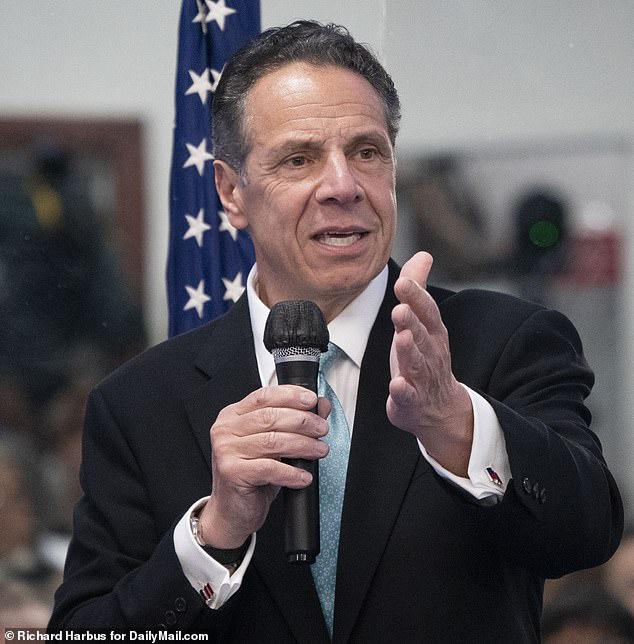 On Tuesday, a court sided with former New York Governor Andrew Cuomo in their fight with the state ethics committee, which had demanded that he forfeit $5 million in compensation for writing a book on his management of the COVID-19 outbreak.

In 2020, Cuomo received early approval from the Joint Commission on Public Ethics (JCOPE) to write the book titled “American Crisis: Leadership Lessons from the COVID-19 Pandemic.”

But once Cuomo acknowledged that state personnel had assisted with the text, the panel revoked its clearance the following year, arguing that Cuomo had broken his vow not to spend any public resources on the book.

Cuomo was given 30 days by the commission last year to return the $5.1 million that a publisher had paid him for the book. Cuomo filed a lawsuit, alleging that the commission’s members were prejudiced against him and had gone outside the law.

State Judge Denise A. Hartman refused the commission’s request to have her compel Cuomo to give up the money in her decision on Tuesday, describing it as an effort to avoid following administrative processes since the penalty was levied without the proper administrative hearing.

“JCOPE issued the approval for the outside activity, then unilaterally determined wrongdoing, then withdrew the approval, and finally imposed the disgorgement penalty,” the judge wrote. “All of this occurred without the opportunity for a due process hearing explicitly provided for under the procedures set forth in Executive Law.”

Cuomo recognised that state workers assisted with various duties, including editing the document, but he insisted that these workers contributed their time freely and on their own time.

The JCOPE disputed the disgraced Democrat’s assertion and pursued legal action to get Cuomo to repay the funds.

In Hartman’s words, “the new Commission may then impose a civil penalty on Cuomo if, following review of JCOPE’s activities, the new Commission chooses to take action against Cuomo, proceeds with the adjudicatory process, and deems that a violation has occurred.”

Rita Glavin, an attorney for Cuomo, referred to JCOPE’s actions as “shameful, illegal, and a waste of government monies” in a statement she sent via email.

A commission-representing lawyer received a note.

Following a December order from the JCOPE requiring him to turn over the proceeds from the lucrative book contract, Cuomo sued the state’s ethics committee in April.

JCOPE, which has the responsibility of exercising regulatory supervision over lobbyists and public servants, had authorised Cuomo’s book contract in July 2020.

He was hailed as a national hero—and a potential presidential candidate—at the time the book was published for the way he handled the COVID-19 outbreak and his daily briefings, which many New Yorkers found comforting.

Later, when he was accused of acting inappropriately against many women, Cuomo’s career came to an end.

He was also held accountable for many of the 15,000 COVID-related fatalities in nursing homes in New York after he had the institutions take in COVID-positive patients at the onset of the epidemic.

The former governor was given permission to write his book on the understanding that he wouldn’t make use of any public employees or resources.

According to the study, governmental staff and resources were employed during the book’s marketing and publication.

According to a note from Judith Mogul, a former special counsel in the governor’s office, no public funds were used to write the book, and any staff members who helped the former governor with it did so on their own time, the AP said.

According to Richard Azzopardi, a spokesman for Governor Cuomo, the study confirms that the governor’s office gave the panel everything it needed for approval, providing a degree of vindication.